Musée Rodin, Fans of Midnight in Paris might remember the humorous scene in which the pretentious Paul argues with the guide in the gardens of the Musée Rodin. In fact, the museum draws its fair share of art historians, but anyone can appreciate its impressive architecture and unparalleled collection of Rodin sculptures. Auguste Rodin briefly lived in the Hôtel Biron, a palatial hôtel particulier in the 7th arrondissement, which now houses his works. The museum is one of the most charming in Paris—and one of its best-known small museums. Come early or late in the day to avoid the crowds and better enjoy the peaceful gardens, where many of Rodin’s most famous sculptures, including The Thinker, are displayed. 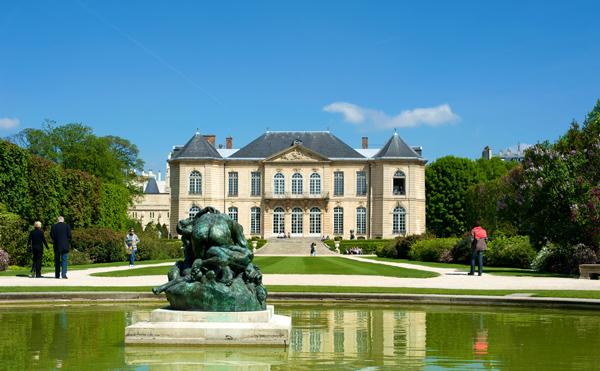 Museum Het Rembrandthuis, Though Rembrandt bought this house in the Jewish Quarter at the height of his fame, the high price of 13,000 guilders may have been too much for him. After living there for 20 years, he was forced into bankruptcy, and his collection of art and curiosities was sold. It is to the credit of the Museum Het Rembrandthuis’s administrators that they were able to restore and furnish the house much as it would have, thanks to the detailed inventories of items Rembrandt sold to ward off his creditors. The museum illustrates the lifestyle of this Golden Age genius and offers a close look at many of his best prints and etchings. 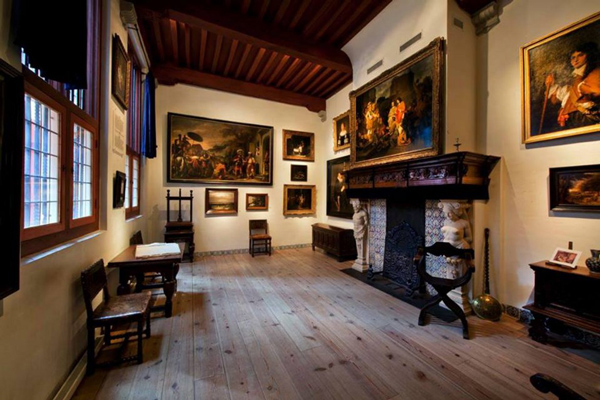 Casa Buonarroti, After seeing Michelangelo’s David at the Galleria dell’Accademia and his sculptures in the Medici Chapels, make your way to the Casa Buonarroti in Santa Croce. It was the home of the Buonarroti family from 1516 to 1525, and upon entering, you’ll feel transported to Renaissance Florence. Though most of Michelangelo’s greatest works are dispersed in museums and churches throughout Tuscany and Rome, the house displays two of his early works: the Madonna of the Steps and the Battle of the Centaurs. 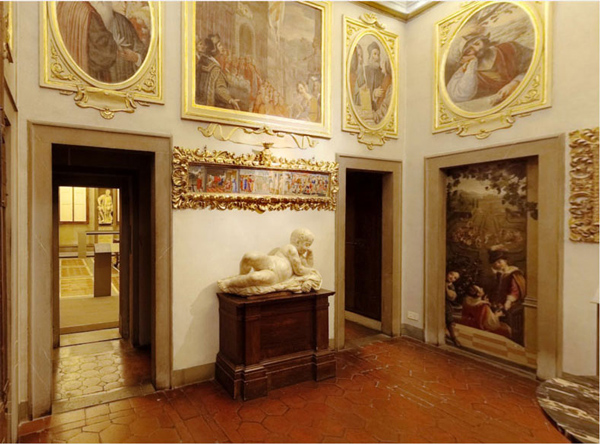 Maison Et Jardin Claude Monet, The Impressionists—especially Monet—took up the practice painting en plein air thanks to the invention of paint tubes, which allowed artists to take their work out of the studio and set up an easel anywhere. To this day, few painters are better known for landscapes than Monet, who often painted in the gardens of his home in Giverny, about an hour northwest of Paris. A visit to the Maison et Jardin Claude Monet will allow you to admire his charming country home and see the water lily pond with the Japanese bridge that appears in so many of his paintings. 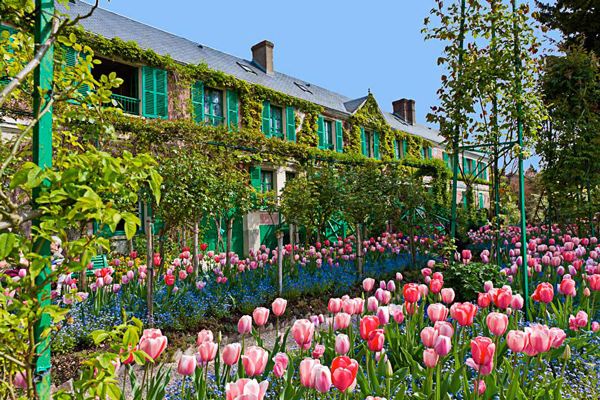 Picasso Museum, Though there are Picasso museums for every mood in Paris, Barcelona, and his hometown of Málaga, the Picasso Museum in Antibes, in the south of France, is the only one that the artist ever used a his studio. In 1946, he set up a studio in the Château Grimaldi, perched on the site of a former Roman acropolis. Picasso actually decorated parts of the château, and left 23 paintings and 44 drawings to the city of Antibes. In 1966, it officially became the Musée Picasso. 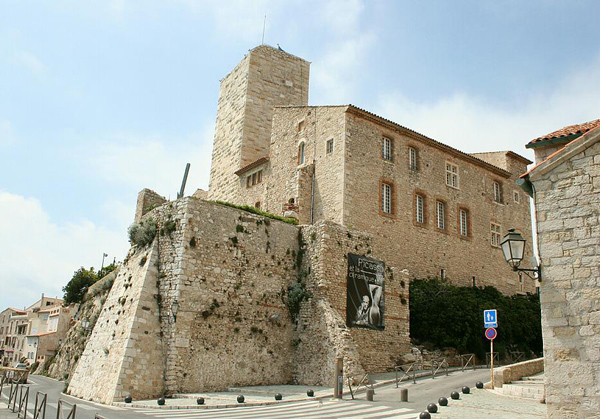 Museo Frida Kahlo, La Casa Azul, as Frida Kahlo’s house is known, offers a glimpse into the childhood home of this eccentric Mexican artist. Kahlo lived and died here, and you can see relics from her life in addition to her paintings. In the courtyard, papier-mâché skeletons may remind you of her paintings, and inside you’ll find her bedroom with her wheelchair and the bed with a mirror fitted to the top, where she recovered from the bus accident that left her crippled. Diego Riviera lived here with Kahlo and donated the house after his death. 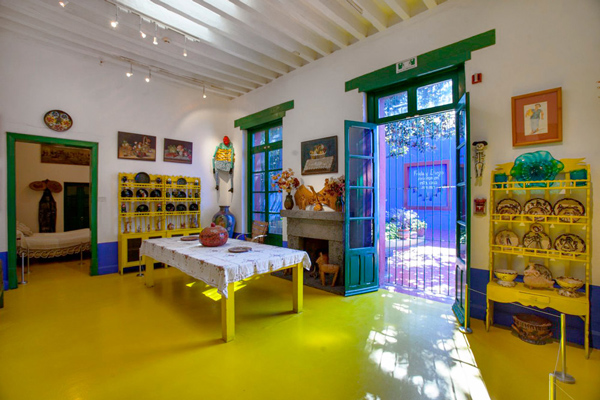 Dali House Museum, For a glimpse inside the peculiar mind of Salvador Dalí, a visit to his home in Portlligat should do the trick. The labyrinthine house—full of blind passageways, narrow corridors, and slight level changes—seems like a 3D manifestation of one of his surreal paintings. Dali’s only residence between 1930 and 1982, the house was built up little by little, transforming it from a tiny fishing hut into the elaborate home you see today. The little fishing village on the northeastern corner of Spain gave Dalí a secluded, peaceful place to work, and the Bay of Port Lligat inspired many of his paintings. 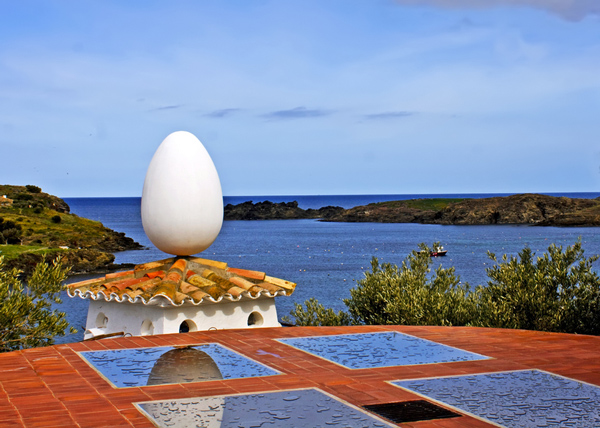 Musée Matisse, A jaunt to the Musée Matisse in Nice will certainly help you understand where the French artist drew so much of his inspiration. The house, perched up on a hill, displays work done in Matisse’s distinct styles, from his minimal line drawings to his vibrantly colored paintings, to his cut-out collages. Matisse was very inspired by the quality of light on the French Riviera. He often painted interiors in Nice, and was inspired by the theatrical décor of the grand hotels on the Promenade des Anglais. Though the villa was chosen by the city as the site for the museum in the 1960s, Matisse lived nearby in the Hôtel Regina. 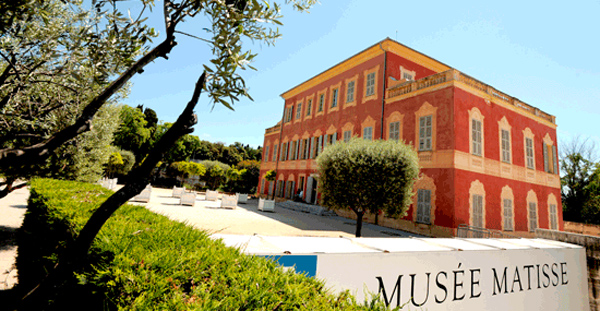 Pollock-Krasner House, In 1945, Jackson Pollock moved with his wife and fellow artist Lee Krasner from New York City to Long Island. They bought this house and barn in East Hampton with the help of art collector Peggy Guggenheim. (You can see some of his paintings at her museum in Venice.) When Krasner donated the property to the Stony Brook Foundation, they discovered the barn’s original wooden floor—covered up during a renovation—with Pollock’s paint splatters. Thanks to the conservators’ work, visitors can now see the barn as it was when Pollock created some of his greatest paintings there. 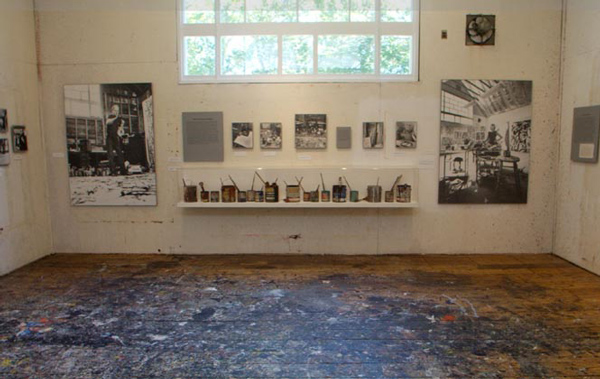 Donald Judd House, When Donald Judd bought the building at 101 Spring Street in 1968, SoHo was a very different place. The neighborhood was still a rough area and Judd was one of the first artists to move in, though Claes Oldenburg, Richard Serra, and Gordon Matta-Clark soon followed. He purchased the textile factory (still active at the time) for $68,000 and stripped it down to the essentials. Judd’s lifestyle—like his art—was spare and minimal. Today, you can tour the house on a guided visit with one of the Judd Foundation’s knowledgeable guides, who are practicing artists themselves. Be sure to book a tour in advance, as they are by reservation only. 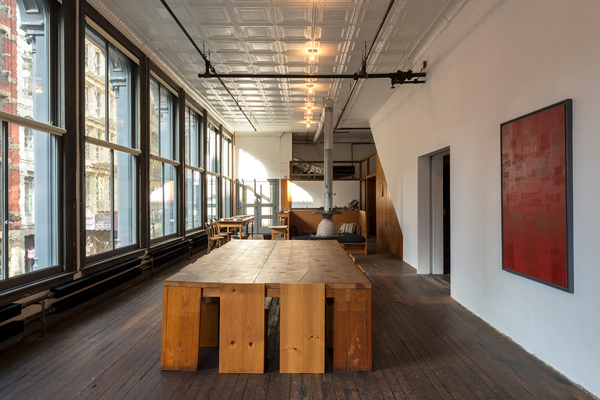