Other cities claim to be at the crossroads of Europe and Asia – but only Istanbul can legitimately claim to straddle both continents. Split by the Bosphorus the western bank of the city is in Europe whilst the eastern side is in Asia. Istanbul is surrounded on 3 sides by water – as well as the Bosphorus there is the Sea of Marmara to the south of the city, and a narrow inlet known as the Golden Horn splits the European side. Istanbul is one of the biggest cities in Europe – home to a population of ap – proximately 12 million. Its numbers are swelled daily by newcomers from the provinces, travelling to the city for work. Turkey has a very young population – the average age is 29. The average age in Istanbul is even younger at 23 and some unofficial sources put it at 16. It’s also a university city, with over 150,000 students attending the 3 big universities and dozens of colleges. Since 1923 Ankara has been the capital of Turkey, but Istanbul has always been and continues to be the financial and commercial capital. The country’s economy is one of the fastest growing in the world and the city has quadrupled in size over the last few decades.

History
Byzantium, Constantinople, Istanbul – the names which the city has been called during its 28 centuries of existence. Relics from all these periods still exist in Istanbul. During the Constantinople era which began in 330AD, many stunning palaces, fountains and monumental churches were constructed. The city was the first Christian capital of the Eastern Roman Empire and over 900 years grew to become the wealthiest most splendid city in Europe, whilst Paris and London were still squalid towns. In 1453 Ottoman Sultan Mehmet 11 brought an end to Constantinople, bringing Islam to the city, changing churches into mosques and renaming the city Istanbul. Mehmet the Conqueror was responsible for the Topaki Palace and the Grand Bazaar and other grand mosques. The Ottoman Empire reached its zenith under Sultanate of Suleyman the Magnificent 1522-66.

666BC Greek king Byzas establishes Byzantium.
179BC Byzantium becomes part of the Roman Empire
330AD Roman Emperor Constantine builds his new capital in the city and renames it Constantinople.
1453 Ottoman Turks conquer Constantinople and name it Istanbul.
1914 Ottoman Empire sides with Germany and Austria-Hungary during World War 1.
1923 The Independent Republic of Turkey is established, with a new capital in Ankara.

Although over 95% of the population are Muslin, Istanbul has a long history of tolerance and multi-culturism with Jewish and Christian traditions present in the city . Islamic fundamentalists targeted the city in 2003 with Al-Queda bombs aimed at Jewish synagogues, the British Consulate and HSBC Bank, killing 78 people. In 2005 Turkey entered formal talks to become a member of the European Union but whilst Turkey’s dispute with Greece over Cyprus remains unresolved many believe it can’t happen.

Sultanahmet
Sultanahmet is the district that all tourists head for. This is ancient Istanbul with all the sightseeing heavyweights packed together with must-see mosques, palaces and the Grand Bazaar. Compact and relatively traffic free compared to the rest of the city and easy to navigate around on foot.

Eminonu and Cagaloglu
Eminonu is the transport hub of Istanbul. Cagalogu is a warren of trade shops.

Tunel and Karakoy
Karakoy houses the city’s docks and harbour. Steep alleyways and the Genoese Galata Tower is the area’s towering landmark. Karakoy is the location for the “Istanbul Modern” contemporary art museum. Tunel takes its name from the tunnel that runs down to the sea from Istikal Caddesi (Independence Avenue) – the first municipal underground in Europe and still in operation.

Beyoglu and Taksim
The city’s heartland. Istiklal Caddesi (Independence Avenue) is a mile long pedestrianised grand boulevard cutting through Beyoglu. An ancient looking tram runs the length of Istikal Caddesi. Lined with nineteenth century former palaces and embassies which are now home to High Street brands. The Avenue is just as busy at night with pavement bars and restaurants serving the tourists. It’s said that up to a million people walk up or down Istikal Caddesi every day. The streets off Istiklal Caddesi retain their Bohemian past and are home to many interesting independent shops, cafes, bars, restaurants and clubs. Taksim square is at the heart of modern Istanbul but it’s large, busy and on the whole unappealing. Crossing the road here requires pedestrians take their life in their hands as traffic comes from every direction and doesn’t always stop at the traffic lights.

Cihangir and Cukurcuma
Bohemian area of the city – more Soho than Istanbul. The fashionistas havemoved in on the area and it’s now riding high on a property boom. Despite thisthe area has a friendly small-town vibe and a thriving café society.

Ortakoy and Besiktas
Besiktas is the grander of these 2 Bosphorus-based Suburbs, with a concentration of shoreline Ottoman palaces and pavilions. In the summer the waterfront of Ortakoy becomes party central, crowded with locals enjoying the bars, restaurants and super-clubbing venues.

Levent and Etiler
The financial heartland – lined with corporate skyscrapers and large financial institutions. Wealthy, with imposing villas glimpsed behind security fencing. Levent is the stomping ground of Istanbul’s rich and famous. This is the location of Turkey’s largest shopping mall – the Akmerkey, which was named best shopping centre in Europe in the mid 90s.

Uskudar and Kadikoy
Residential suburbs for those who work mainly on the European side, and make the daily commute by ferry across the Bosphorus. Not many tourists visit but locals flock to the bazaar in Kadikoy and to one of the city’s best street markets on Kusdili Sokak on Tuesdays for food and clothes, and on Sundays for the flea market.

Aya Sofya – (also known as Hagia Sophia – The Church of the Divine Wisdom)
This originally Christian basilica, is Istanbul’s finest site. Vast interior, stunning mosaics and a towering dome. The present building is the third to stand on the site. The first was built in AD360 during the reign of Constantius, many times until this final structure was completed in 537. For a thousand years this was the largest building in the world. When Ottoman Mehmet II conquered the city in 1453 his first act was to declare Aya Sofya a mosque. Apart from removing some of the marble crosses and whitewashing the mosaic icons he left the church as it was. The 4 Islamic minarets which now stand at the corners were added after the Turkish conquest. In 1935 Aya Sofya was declared a museum and is the most visited site in the country with more than 2 million visitors a year.

Topkapi Palace
For 400 years this pavilion palace was the residence of the Ottoman sultanswho were the most powerful empire rulers in the world. Built by Mehmet theConqueror shortly after his conquest in 1453, both as his command centre and ashis indulgent home. The Palace is a city within a city consisting of interconnectingcourts and between 5,000 and 7,000 people worked and lived inside to serve thesultan household. The Harem alone had 300 rooms – just 40 are open tothe public.

The Blue Mosque
One of the most magnificent mosques in the Muslim world it takes its name from the blue iznik tiles which line its walls. Built during the reign of Sultan Ahmet (1603 – 1617) with 6 minerets, which at the time was a cause of controversy as only Mecca – the holiest site in Islam also had six. There is a stunning vast central dome.

The Grand Bazaar (also know as Covered Bazaar)
Istanbul’s famed emporium. The heart of the Bazaar dates from the Ottoman conquest of 1456-61 and is a labyrinth of passageways and corridors with 64 streets, 3,000 shops, 22 entrances and 25,000 employees. It’s tourists who shop and barter here rather than locals. There is a huge range of goods including jewellery, antiques, leather goods, ceramics – and of course the infamous carpets.

Suleymaniye Mosque
This mosque dominates the ancient city skyline – standing on the highest hill. The mosque was the crowning achievement of the Ottoman susperstar chief architect – Mimar Sinan, who designed a vast number of buildings in Istanbul. Commissioned by Suleyman the Magnificent and completed in 1557 when the Ottoman Empire was at its height, as an Islamic answer to the Byzantine Aya Sofya. It’s the interior which is most impressive with a vast central dome and tiered domes surrounding it. 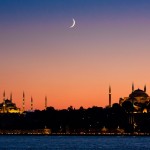 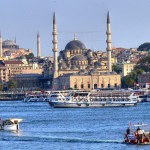 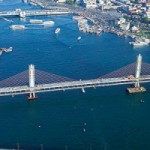 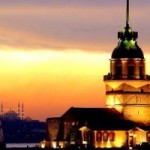 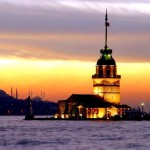 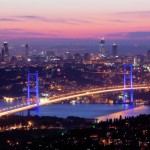 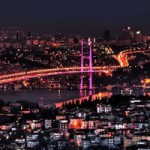 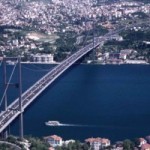