Borneo, The journey into Indonesian Borneo is itself an adventure—flying to Kalimantan’s teeny rural airport, walking the plank onto a boat, navigating a narrow black river loaded with crocodiles deep into thick jungle, and staying in remote eco-lodges on stilts. Your first glimpse of a wild orangutan will make the journey will worth it. The naturally curious species will delight travelers with their rolling, hanging, and swinging, but be wary of getting too close, as they are incredibly strong. 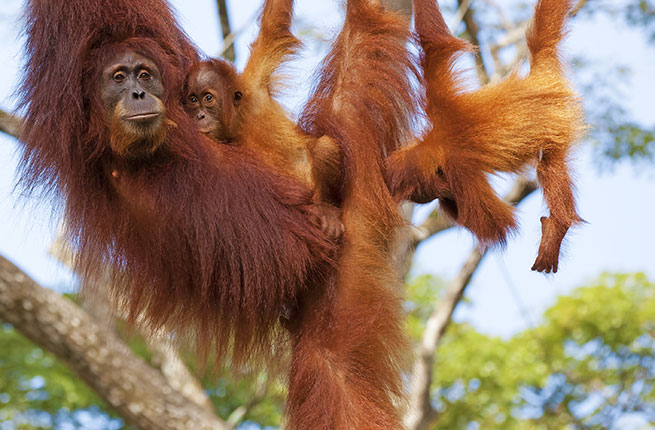 Where: Indonesia
When To Go: March to October
Famous Residents: Orangutans

Insider Tip: Indonesian Borneo is remote and less accessible than Malaysian Borneo, but you could have the orangutans to yourself. Pre-book the trip through a travel agent for trusted insider information.

Nagarhole National Park, This former royal hunting reserve in Karnataka state, once exclusively reserved for Wodeyar Kings, later became a tiger reserve and national park, also home to leopards, wild dogs, sloth bears, and hyenas. Alternate between a coracle floating raft, a motorboat, and a Jeep for the best viewing of the lush valleys, rivers, and large focal reservoir, where you can spot elephant, wild boar, several snake species, and 270 bird species. 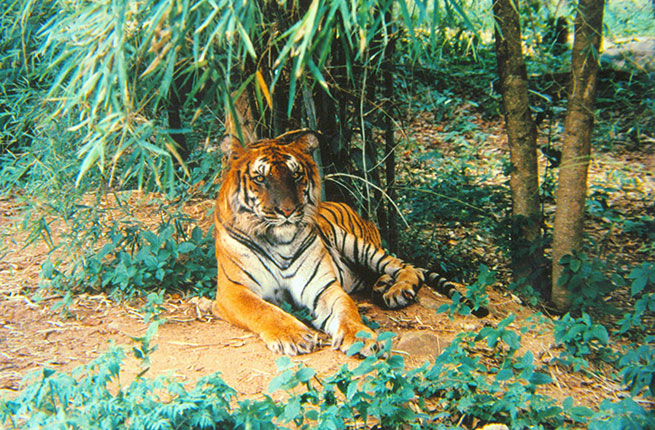 Where: South India
Famous Residents: Tigers
When To Go: September to May

Insider Tip: With so much beauty outside, the Kaav boutique hotel does an admirably job of grabbing your attention, hidden away in a tranquil wilderness setting with an infinity pool.

Volcanoes National Park, The “land of a thousand hills,” Rwanda features a skyline punctuated with mountains, volcanoes, and stepped vertiginous fields. Volcanoes National Park, Africa’s first, covers 48 square miles and encompasses six volcanoes, bordering Uganda and DR Congo. Tracking the critically endangered mountain gorillas is challenging, and requires scaling steep volcanoes, up three-foot grooves and down five-foot plunges. Trekking gear is essential but a glimpse of the enigmatic silverback will make the journey will worth it. 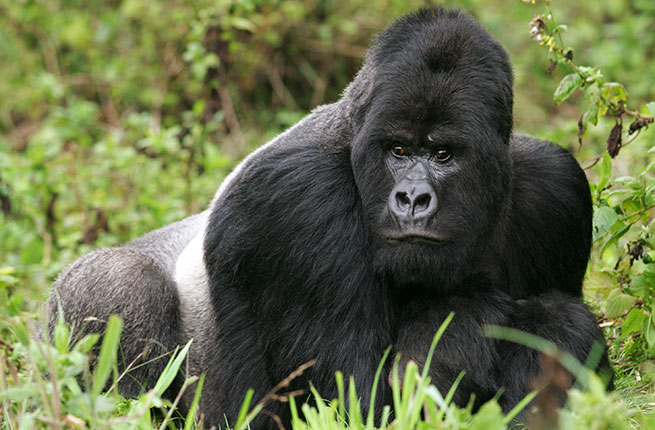 Where: Rwanda
Famous Residents: Silverback Mountain Gorillas
When To Go: Mid-May to Mid-October

Galapagos Islands, It can be a startling sight to behold the first time you see thousands of the scaly-skinned marine iguanas covering the black volcanic rock beach in the Galapagos. Famously dubbed “hideous-looking” by Charles Darwin, their bulging eyes track voyagers, as they carefully place their steps. In the distance, you’ll hear bull sea lions fighting, blue-footed boobies performing a synchronized mating dance, and dolphins surfing the shallow waves. Watch a shark fin coast offshore, whilst overhead, Frigate birds bear giant red heart-shaped chests, in search of a mate. 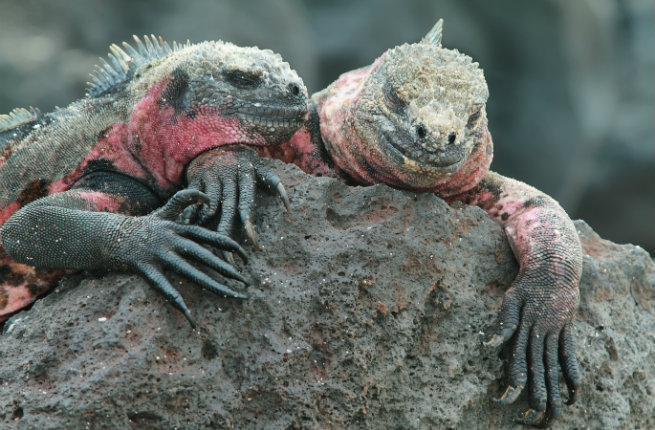 Where: Off the coast of Ecuador
Famous Residents: Marine Iguanas
When To Go: Year-round (June-November is the cold season)

Insider Tip: The best way to explore Galapagos Islands is by boat. Opt for a small intimate cruise, such as Yacht La Pinta, with renowned guides, gourmet meals, and plentiful water and land activities.

High Arctic, Few locations are as remote or daunting as the Canadian arctic, with its untameable wilderness dotted with jagged glaciers and rolling tundra. Ride aboard custom-built polar rovers into a frozen land of towering cliffs and epic fjords. The lords of the Arctic, polar bears cavort and prowl the ice, while mothers and cubs leap across ice floes. 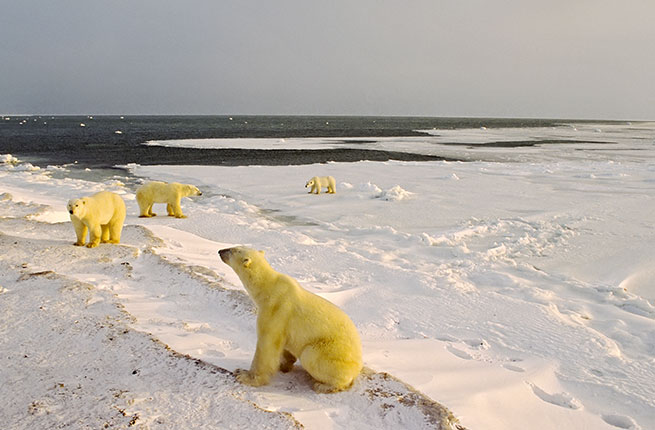 Where: Canada
Famous Residents: Polar Bears
When To Go: March to November (except April and September)

Cockscomb Basin, One hundred and fifty square miles of Belizean tropical rainforest contain the world’s only jaguar preserve. Concealed within its borderless boundaries are flora, fauna, wildlife and a hidden Maya ceremonial site. The highest mountain in Belize soars above, offering largely unexplored territory. Using pugmarks and deposits, track the elusive jaguar through the park. Sightings are extremely rare, but the thrill of the chase makes for a great expedition. Take a night trek for an added dose of adventure. 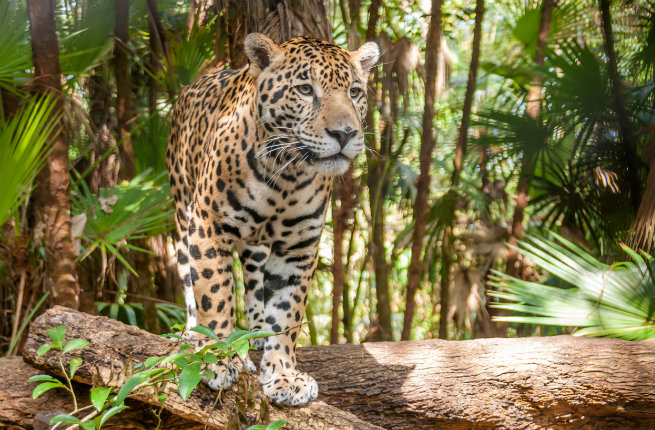 Where: Belize
Famous Residents: Jaguars
When To Go: January to May

Kruger National Park, Kruger is the quintessential South African safari in one of the most popular African destinations. Family-friendly, well-established, and safe, this park almost guarantees a sighting of most of the Big 5—the Africa lion, elephant, Cape buffalo, leopard, and rhinoceros. Set out in a Jeep, on foot, in a hot air balloon, or on a small Cesna plane. The excellent guides perfectly showcase the epic, world-renowned wilderness. 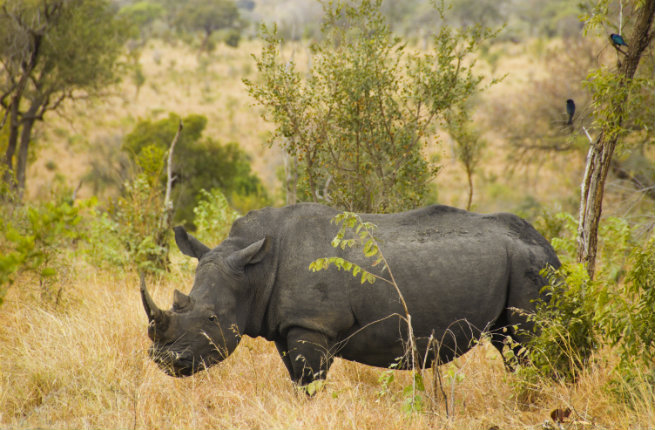 Where: South Africa
Famous Residents: The Big 5
When To Go: July to November

Insider Tip: Book well in advance to stay at the luxurious Exeter River Lodge is first to fill. For an equally opulent alternative, try the beautifully furnished Savanna Lodge.

Isalo National Park, Shady gorges and cool streams offer respite amidst the Isalo sandstone massif, a Jurassic-era barren wonderland of twisted rock formations. Trek to higher levels of deciduous woodland to seek out the curiously cute ring-tailed lemurs, native to Madagascar. Leaping from rock to rock and wandering through the pathways, these wide-eyed creatures make for a highly entertaining, cartoon-like spectacle. 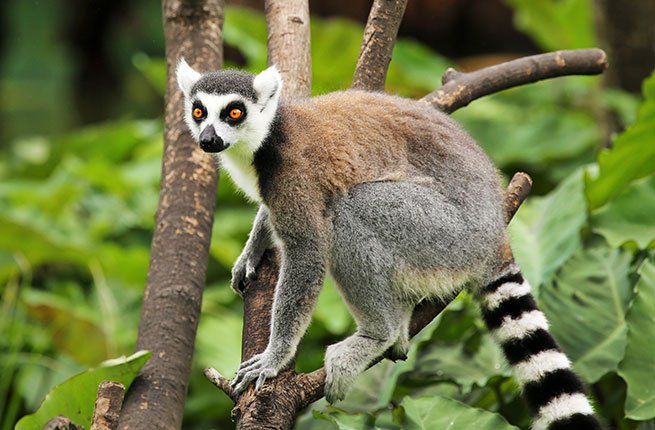 Where: Madagascar
Famous Residents: Ring-Tailed Lemurs
When To Go: April to December

Insider Tip: This area doesn’t offer the same kind of luxury as other safari destinations, but the wildlife sightings here can’t be found anywhere else. Live and eat well at family-owned Le Relais de le Reine, with rooms built from granite, camouflaged beautifully into surrounding nature.

Etosha National Park, The stark, arid scenery of Etosha National Park makes the Big 5 easily spottable, and you’ll also be able to see some species unique to the area. Watering holes swell in the heat with zebra, lion, cheetah and leopard, and at Waterberg Plateau, look out for black rhino. 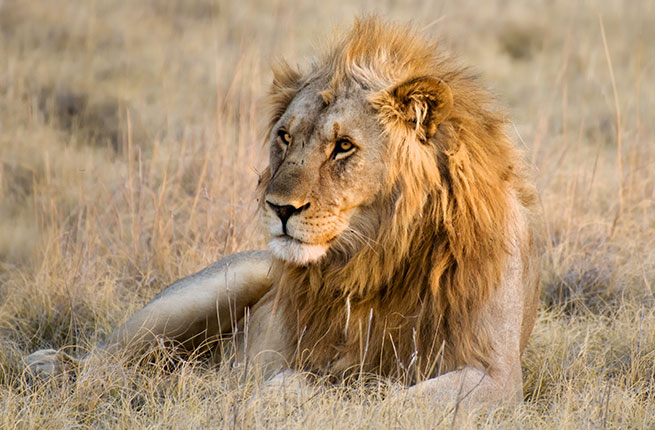 Where: Namibia
Famous Residents: The Big 5
When To Go: Year-round

Chengdu, Wolong Nature Reserve is one of 50 areas established by the Chinese government to protect giant panda populations. With poaching and deforestation curbed, pandas are now better protected, affording trekkers the opportunity to see these rare giants in the Alpine Valley on the Tibetan Plateau. See the animals up close at the giant panda research base in Chengdu, home to 100 of the monochromatic creatures. Visit Bifengxia Panda Center in the mountainous Ya’an area to see pandas in more natural environs. 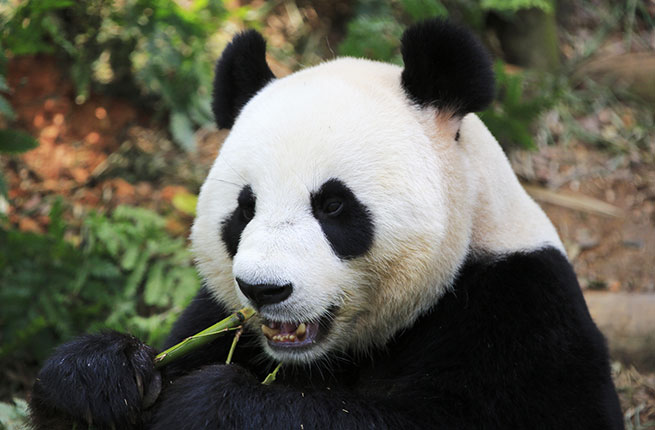 Where: China
Famous Residents: Giant Pandas
When To Go: Year-Round

Insider Tip: Book through a travel agent to gain special permits and access a different side of China. In Chengdu, hotels are abundant and the Crowne Plaza garners consistently good reviews. For those visiting Ya’an, try the comfortable Honghzu Hotel.