New Hotels Galore
Visitors can take their pick from a wide range of new hotels. Most recently, EDITION Miami Beach opened its doors at the end of last year. The 294-room “urban resort” has a bowling alley, outdoor nightclub, private bungalows, and meals prepared by Michelin-starred chef Jean-Georges Vongerichten. Joining EDITION is Metropolitan by COMO, the self-desrcibed “anti-Miami” hotel, which boats a quieter vibe with pastel-colored walls, a rooftop hydrotherapy pool, and an overall focus on wellness (with juices available throughout the resort). Elsewhere, the 380-room Thompson Miami Beach, with a restaurant from James Beard Award-winner Michelle Bernstein and 1950s-inspired designs (the Crown Room lounge sports a dark, moody setting and yellow-accented carpets throughout the rooms), opened in November. More new additions are still coming. In March, Starwood debuts the 235-room Aloft, which will feature large gathering spaces and nautical style. And 1 Hotel South Beach is slated to open in April on a 600-foot stretch of beach—the largest of any hotel in the area—with 700-square-foot rooms and Miami’s largest rooftop pool. 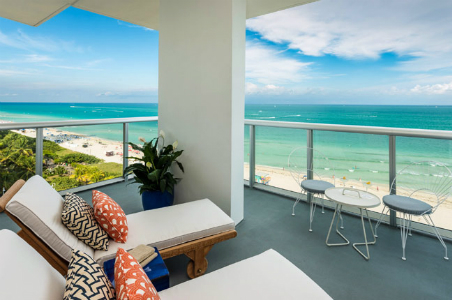 South Beach Wine & Food Festival
The 14th annual Food Network- and Cooking Chanel-sponsored event launches on February 19, with a number of new and re-imagined elements. Rachael Ray, Bobby Flay, Trisha Yearwood, and more celebrities will make appearances and host events throughout the four-day celebration, which features more than 75 events. In addition to SOBEWFF standards, like the Tribute Dinner held at Loews Miami Beach and an improved Grand Tasting Village, new events include a rooftop party with Candace Nelson of Sprinkles Cupcakes, “Tacos After Dark” with Aarón Sánchez, and a “Death By Chocolate” event from Cronut-creator Dominique Ansel. 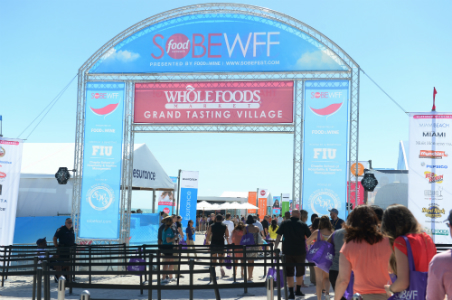 The Revitalized Brickell Avenue
Located south of the Miami River, Brickell Avenue is emerging as the must-visit culinary spot in Miami. New additions to look forward to? Restaurateur Arjun Waney will soon open Coya, an upscale South American space, in Miami, following successful openings in London and Dubai. While it will have elements from the London flagship location, such as a member’s lounge with secret entrance, Coya will also contain elements unique to Miami. Waney also recently launched Tamarina, also on Brickell, with Italian offerings, an al fresco champagne bar, and crudo bar. In the same area, you can also stop by newly opened Batch Gastropub for the brisket burger and toasted quinoa, along with house specialty cocktails and beer on tap. Or taste the Asian fare offered at Hannya, created by mastermind Larry Chi, who is no stranger to the Miami restaurant scene, having opened the wildly successful Akashi Sushi in South Miami in 1993. 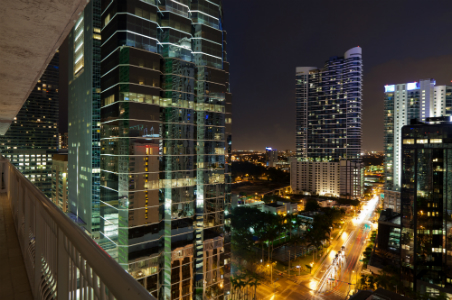 Carnaval & the Calle Ocho Festival
February and March are filled with celebrations in Miami. Over the course of both months, a series of festivals take place to celebrate Carnaval, including the Calle Ocho Festival and Carnaval on the Mile, a sister festival in Coral Gables. Known for being the largest street festival in Miami, the Calle Ocho Festival features salsa dancing, Latin American and Carribean food, and 12 stages worth of entertaining performances. Running along 8th Street, from 8th Avenue to SW 27th Avenue, the celebration includes dance demonstrations and craft stands, where visitors can purchase artwork. Carnaval on the Mile, known for being a little tamer than Calle Ocho, hosts food stands, vendors, and plenty of Caribbean Jazz music along Coral Gables’ Miracle Mile. 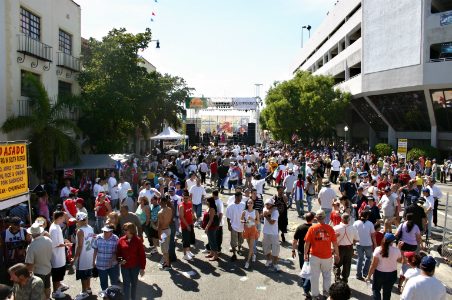 Arts & Culture
There are plenty of ways to tap into Miami’s cultural scene when your visit. The Miami City Ballet just launched the American premiere of Passion and Grace, a new take on Carmen from Richard Alston, which runs from mid-February through March at the Adrienne Arsht Center for the Performing Arts. Productions of Sweet Fields from Twyla Tharp and Allegro Brillante from George Balanchine are also in the company’s current program. You can also catch a performance by the New World Symphony, made up of talented music program graduates, at the New World Center, designed by Frank Gehry. If you’d rather get lost in a museum, check out the Patricia and Phillip Frost Museum of Science (with hands-on displays and a robust wildlife center) or the Pérez Art Museum, which opened in December 2013 and houses rotating exhibits in a stunning 120,000-square-foot builing. Or you can admire warehouse walls decorated by some of the world’s most talented artists as part of the Wynwood Walls program. Now known as a “must-see international destination,” 50 artists from around the globe have decorated more than 80,000 square feet of walls. 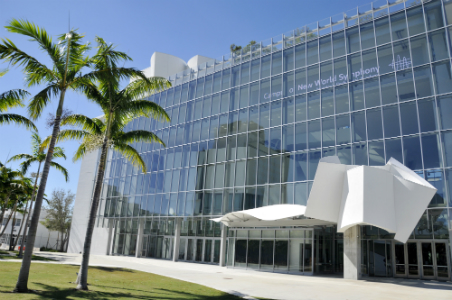