Swim to the Victoria Falls, Set along the snaking Zambezi River, the Devil’s Rock is a natural rock pool that opens into the mighty Victoria Falls. (Interesting note: This is where Scottish explorer David Livingstone caught his first glimpse of the thunderous cascade.) In dry season, the waters of Devil’s Rock are shallow, and sheltered from the force of the falls by an underwater wall, allowing you to swim to within 330 feet of where the falls drop. Looking out over the roaring misty scene, emblazoned in permanent rainbows, is downright magical. 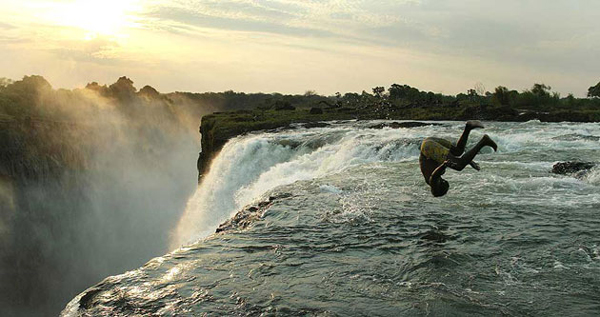 Sail a Dhow Boat in Stone Town, In Zanzibar, the billowing white sails of dhow boats project a mighty fine image, as they float amidst the molten emerald seas of the Indian Ocean. Sailing on these traditional boats from UNESCO-protected Stone Town evokes images of pirates, the former spice trade, and exotic influences that once dominated Zanzibar, which touts a cultural blend of Omani Arabic, Portuguese, and African heritage. 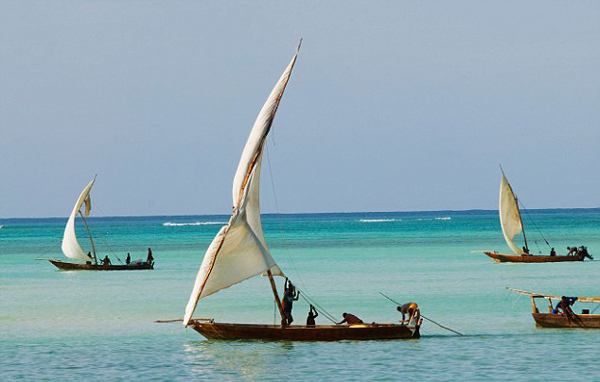 Where: Tanzania
Insider Tip: Take the dhow or motorboat to Changuu, known as “Prison Island.” This tiny white-sand islet, once an 1860s prison for rebellious slaves, is now a sanctuary for endangered giant tortoises, as well as travelers in search of a castaway island.

Accra’s Gold Coast, The history of Ghana is rich and varied, where very early settlements can trace migrant ancestry from neighboring West Africa back to the 12th century, around the fall of the prosperous Ghana Empire. In the quest for gold, slaves became a massive commodity for Dutch, Danish, British, and Portuguese invaders here, who built the forts and castles that still stand along the Gold Coast today, where Accra became the British Gold Coast’s capital in 1957. 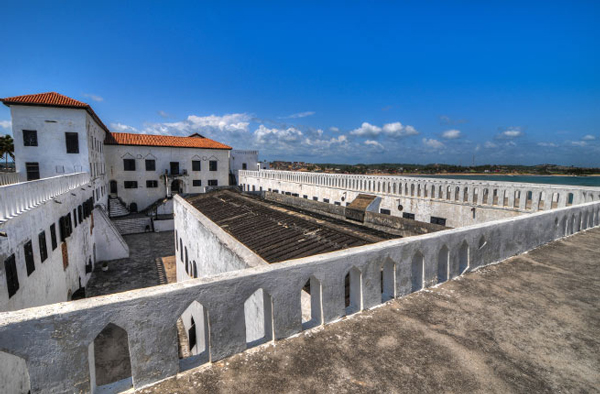 Where: Ghana
Insider Tip: Sign up for a guided walking tour of the historical forts and castles that lie in ruin along the coast; guides will explain, in detail, personal stories, cultural impacts, and lasting legacies of the slave trade.

Meet Gorillas, Upon notice of you, gorillas in the wild will turn, stop, and stare at you with their deeply inquisitive and mysterious eyes—that moment is piercing and stand-alone in comparison. Weighing up to 440 pounds each (or, three times the average man), some 350 gorillas live in the misty mountains of Volcanoes National Park in Rwanda. Trekking to find them is fast becoming a highlight of African travels, and is especially popular with families. 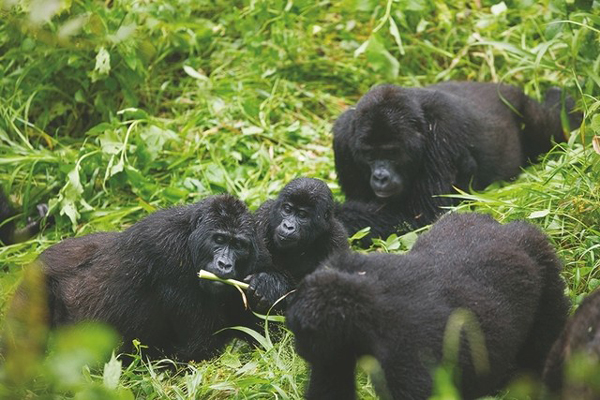 Where: Rwanda
Insider Tip: Treks can be arduous and set in vastly varying terrain. Choose a good lodge with reputable guides and trekking options, like Sabyinyo Lodge.

Climb Big Daddy Sand Dune, At 1,066 feet high, “Big Daddy” is the tallest of the dunes of Sossusvlei, in the Namib Desert. It’s a striking contrast to the backdrop of piercing blue sky and bleached white basins. Ascents start early in the morning and can take up to two hours. At sunrise, one side of the dune glistens in red hues, while the other remains dark in the shadows. Sit atop to rest and admire the epic desert landscapes. The descent takes just five minutes, via an adrenaline-inducing run or by sandboard. 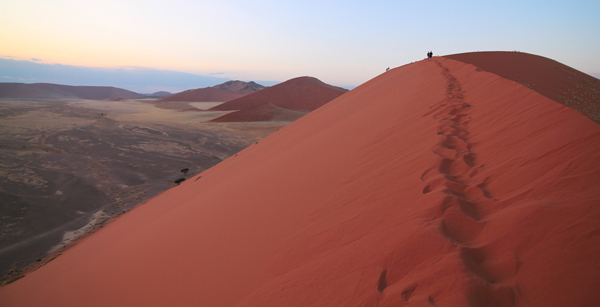 Where: Namibia
Insider Tip: Climb “Big Mama” as an easier alternative, taking up to 30 minutes. Even going a quarter of the way up is enough to gain incredible views.

Mount Kilimanjaro, Africa’s highest peak soars to a height of 19,336 feet and spans five climatic zones. It’s a challenging mountain journey that demands training, but for those who have properly prepared, reaching the summit in time for a stunning sunrise is an indescribable experience. Routes vary in duration, but allow six to seven days to ensure proper acclimatization. 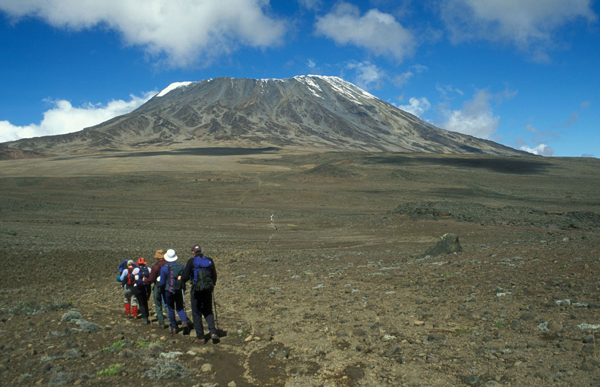 Where: Tanzania
Insider Tip: The only way to climb Mount Kilimanjaro is on an organized trek along preestablished routes, and in the company of guides. Just be warned that you get what you pay for here, as tour operators range from excellent to terrible, so do your homework beforehand. Medical travel insurance is essential. Oh, and pack light!

Explore the Souks of Marrakech, Labyrinthine narrow alleyways dripping with shimmering gemstone jewelry, chandeliers, and spices: Yes, Marrakesh souks propose an irresistible and unforgettable setting. Bullish bartering, the billowing calls of stall-sellers, and the jangle of coins make the experience frenetic and fast-paced, as the smells of soaps, spices, and saucy tagines waft through the air. Head to Djemaa-El-Fnaa, on the city’s central square, where henna artists, palm readers, and snake charmers vie for your monetary attention. 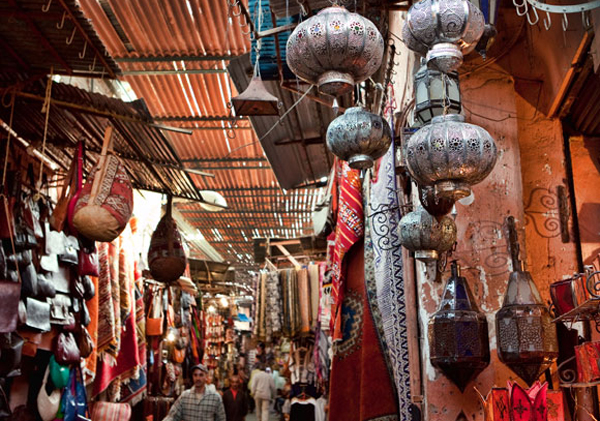 Where: Morocco
Insider Tip: Confidently say, “No, thank you,” and enjoy getting lost. Engage in laughter and conversation with the locals, as a souk visit is an immersive experience. After a hard day of haggling, sip fresh mint tea at a rooftop café overlooking the square.

Tour the Cape Winelands, You don’t have to be a seasoned wine connoisseur to enjoy the Cape Winelands, with its gourmet eateries and spectacular scenery. Award-winning wineries and smaller wine estates are generously strewn across the Winelands, where you can enjoy long and lazy lunches, stroll lush vineyards drenched in sunshine, and sign up for cellar tours and tastings. 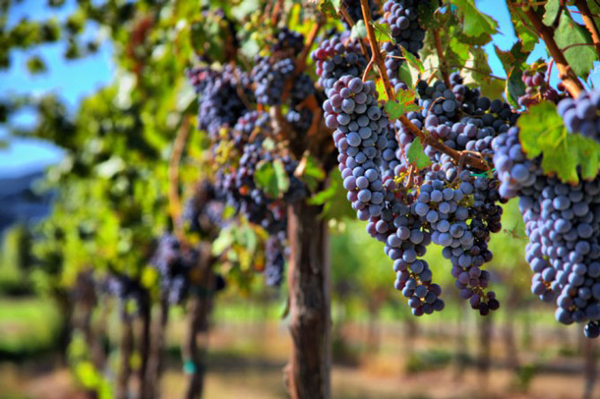 Where: South Africa
Insider Tip: You can self-drive, or book an organized tour like those on offer from Wow Cape Town Tours.