Las Vegas, Glitz, glamour and guaranteed sunshine make Las Vegas a great choice for a hot April break along with the nearby Grand Canyon for nature’s own show of strength…

Granted, there are no beaches as the neon illuminated city is situated right in the middle of the Nevada desert but you will certainly enjoy hot, sunny weather. Daytime temperatures in April are 25ºC to 28ºC and coupled with 13 hours of daily sunshine and very little rainfall year round. Las Vegas will definitely satisfy your thirst for sun! 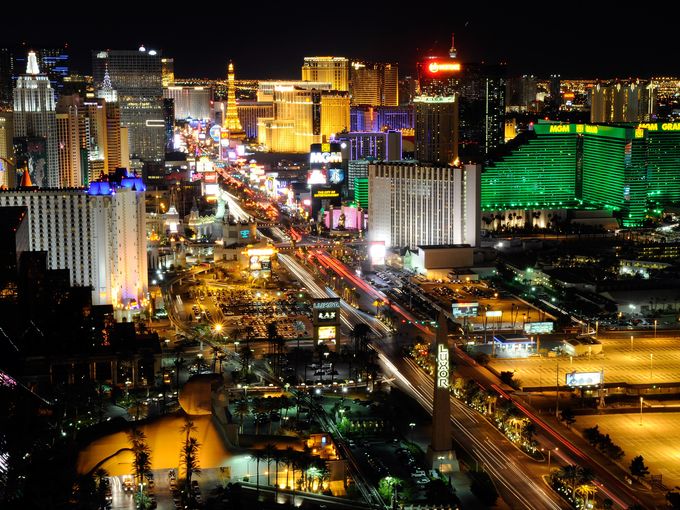 Vegas will also keep you entertained, whilst famous for its salubrious Casino’s (allowing for very cheap hotel room rates) it also hosts some of the world’s best theatre shows and has some of the best hotels in the world. Perhaps the most famous hotel on the Las Vegas ‘Strip’ is the Bellagio Hotel and Casino complex. Taking on an Italian theme this hotel has vast gardens, 3000 rooms and hundreds of gaming tables and slot machines. The fountains are renowned, performing jets dance to classical music from 7pm-midnight every day. It’s difficult to describe the phenomenon that is Las Vegas without seeing it for yourself!

Cape Verde, Cape Verde is a mix of African, Portuguese and Brazilian cultural influences with a Caribbean style climate and accessible in around six hours flying time…

Cape Verde is rapidly developing as a tourist destination with people visiting for the near deserted beaches, fantastic climate and somewhere different to the mainstream package holiday destinations.

Beyond the beaches, the islands are excellent for walking trips, water sports and fishing. See the salt pans and volcanic flows on the islands before resting under a palm tree and lazing in the sun.

With an average daytime temperature of 25ºC, minimal rainfall of 1mm and daylong sunshine then Cape Verde could be the remote April escape you’re looking for. 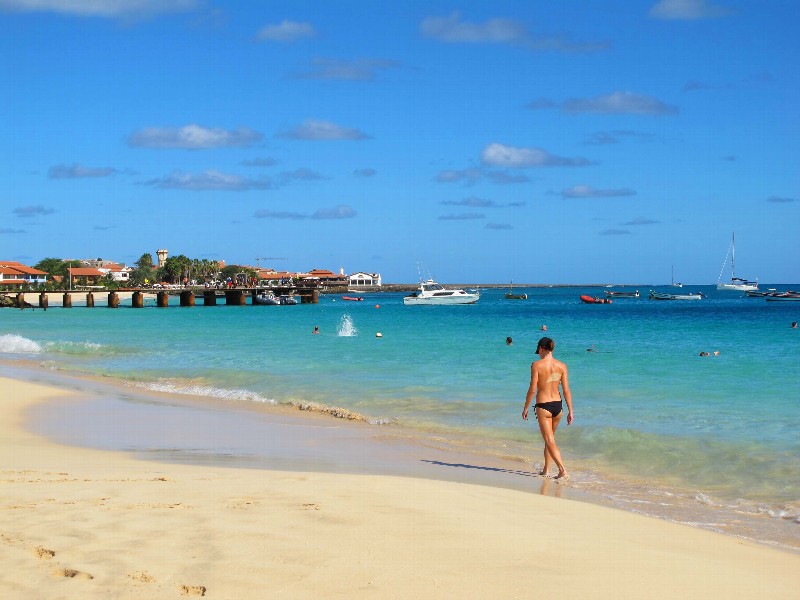 Thailand, Thailand is the most popular destination in the Far East for Brits, attracted by fantastic beech locations, jungles, temples and Bangkok, a vibrant and bustling city…

The country is scattered with tropical islands such as Kho Samet, Kho Chang and Kho Samui and also popular resorts such as Pattaya and Phuket. Each one has its own character, look and feel, whether you want an all action entertainment fuelled beach break or an escape from the crowds

April does bring in the more humid weather in Thailand but cooling sea breezes and still generous amounts of sunshine make a holiday to Thailand in April a great option. The April climate is perfect too; the bustling and popular resort of Phuket has temperatures of around 29ºC and enjoys 8 hours of sunshine. As Thailand is sub-tropical in the heart of South East Asia it has very high humidity in April so the 157mm of rain per month is very welcome as evening falls, cooling things down to a still balmy 25 degrees at night.

Living costs for tourists in Thailand are cheap from meals to markets, drinks to nightlife. So your pound will go a long way when converting to Thai Bhats. And even with lower prices don’t expect the quality of service to diminish. Standards and levels of hospitality are generally very high from 5* hotels to the cheapest huts on the beach.

Hawaii, If sun and heat is what you’re after in April, then the westernmost state of the USA is a place you can rely on. Hawaii has some of the best beaches in America and enjoys temperatures of around 26°C in April. Hawaii’s crystal-clear waters are one of the islands’ most inviting features, being superb for water activities from surfing to diving, and sailing to windsurfing. However, its nightlife, activities and traditions are also what make Hawaii a destination worth a visit as well as the stunning scenery with volcanoes, high sea cliffs and rich green foliage across the whole island group. 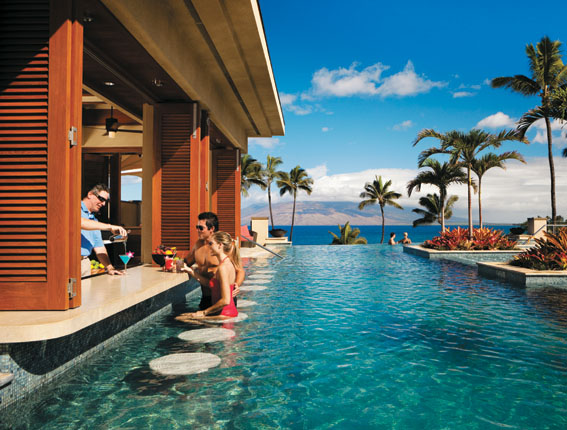 Hawaii itself is the largest in the group of islands, and is often referred to as the ‘Big Island’. It’s almost twice the size of any of the other islands in the group, offering stunning beaches such as Anaehoomalu and the Hapuna recreation area, which is famous with body surfers.

The most popular island is Oahu, which is renowned for its festivals and celebrations such as the Chinese New Year and Aloha as well as the well-known resort of Waikiki in Honolulu. The islands truly do have something for everyone.

Tunisia, Tunisia is heating up towards the peak summer months, however April is an excellent time to visit before the heat becomes too much for many people 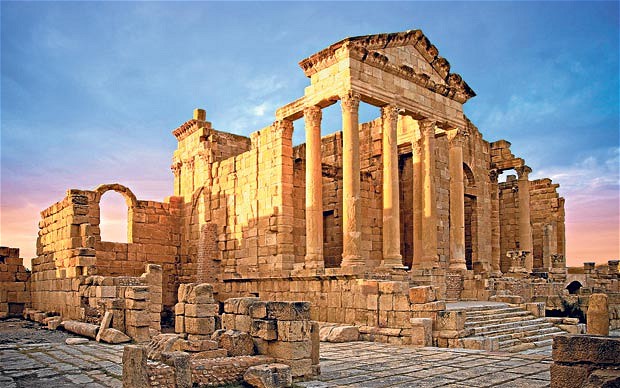 Tunisia has much in the way of beaches, resorts, history and culture to offer its visitors. The majority of the country’s historical wonder can be found preserved in the city of Carthage, which was once the world’s third-largest Roman city and day trips here are offered from some of the many resorts along the eastern coast. Heading south you’ll find the island of Djerba, a real beach paradise of powder soft sands with minimal development over and above the great hotels on offer.

If you’re looking for somewhere to test your haggling skills, soak up some sun or even to satisfy your Star Wars interest on a tour of the Saharan locations used in the first film, then Tunisia might just be what you are looking for this autumn.

The Red Sea, The Red Sea resorts around Hurghada, Sharm El Sheikh, Marsa Alam and Taba are some of the best destinations for guaranteed sun in the month of April. All have developed as purpose-built resorts with many hotels offering all-inclusive deals and entertainment on site – and all within six hours flying time of the UK. 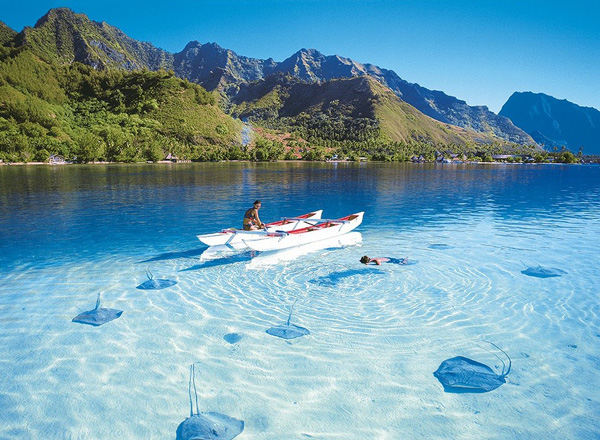 April sees average temperatures of 27°C, and 10 hours of sunshine a day, making the area ideal for spring getaways. It is well known internationally as one of the best diving locations in the world as the surrounding Red Sea is beautifully clear, and is populated with exotic flora and marine life.