Punaluu Black Sand Beach, Imagine a tropical beach where turquoise water laps up on the shore lined with coconut trees and palm fronds. Now imagine that beach with jet-black sand. That’s Punaluu Beach on the southeastern Kau coast in Hawaii. The coastline of this unusual beach is full of rocky outcroppings and reefs. Riptides can be dangerous, so the best way to enjoy Punaluu is by picnicking on the sand. Large groups of sea turtles are common, but don’t touch; federal and state laws protect them. 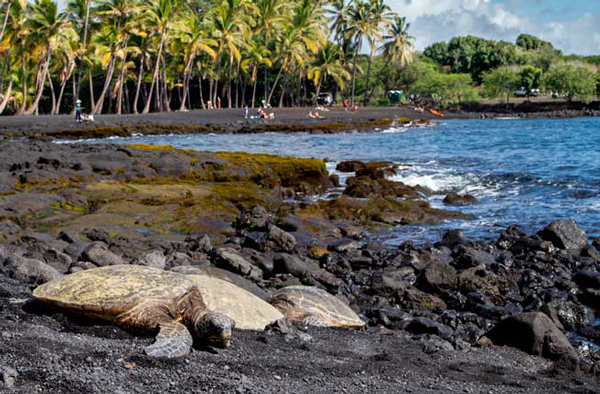 Papakolea Beach, Green sand and rocky cliffs make Papakolea Beach seem a bit like an alien landscape. Olivine crystals from the nearby volcanic cone give this beach its olive hue. Intrepid travelers should be prepared for a two-mile hike along rugged sea cliffs to reach this surreal beach on Mahana Bay. Be careful in the water—the surf is rough and full of strong currents. 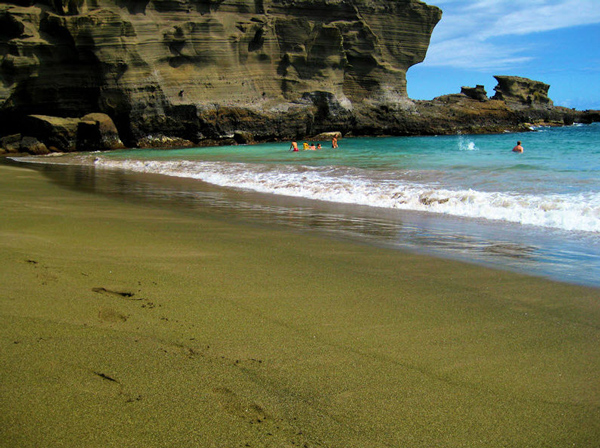 Pink Sands Beach, If black and green beaches aren’t for you, then perhaps you’d prefer to lounge on Harbour Island’s Pink Sands Beach. One of the island’s prettiest beaches features three miles of powdery pink sand. Fancy resorts line this beach, which attracts wealthy vacationers with its calm waters and gorgeous surroundings. 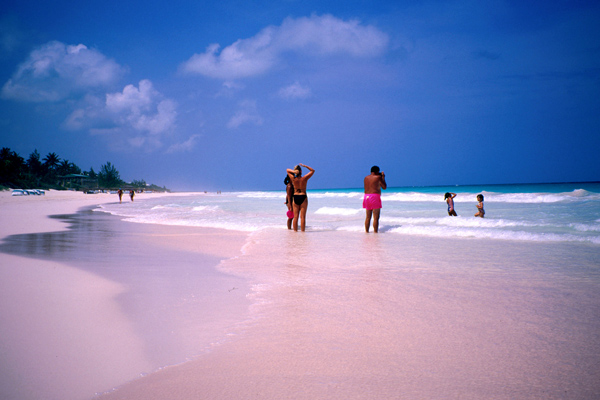 Bowling Ball Beach, The sight of the huge, round boulders on the Mendocino Coast might make you wonder if giants really exist. A rare sight, these boulders are surprisingly smooth and lined up like bowling balls. That’s not the only odd thing about this beach—legend has it Schooner Gulch got its name after a washed-up schooner was spotted in the gulch one night, but there was no sign of it in the morning. 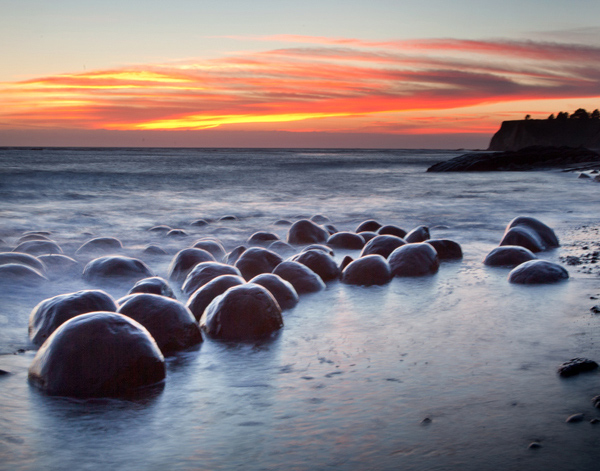 Giant’s Causeway, Few beaches are more shrouded in mythology than Giant’s Causeway. The story goes that the giant Finn MacCool created the hexagonal rock formations as stepping-stones in an attempt to reach his beloved giantess in Scotland. When the giantess’s boyfriend fought back, Finn grabbed a chunk of land and flung it toward Scotland, creating the Isle of Man and leaving behind a gaping hole—Lough Neagh. The Scottish side of the sea has similar hexagonal structures, supporting the myth. A more scientific explanation maintains that the strange rock formations were created by volcanic eruptions bursting into the sea 60 million years ago. 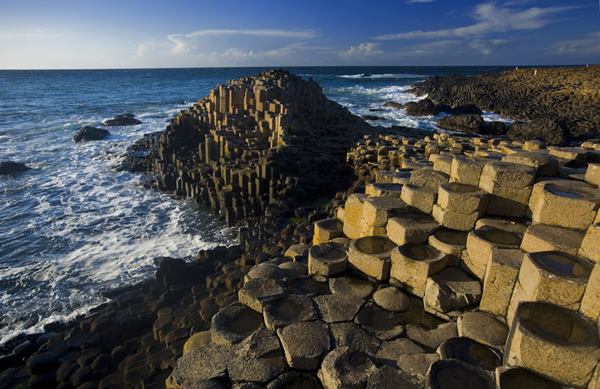 Gulpiyuri Beach, Can you imagine a tiny beach over 100 meters from the sea? In Llanes, Spain, there is such a place. Gulpiyuri Beach was formed by a sinkhole and is fed by salt water from the Bay of Biscay, which flows in through underground caves. Limestone cliffs and grassy meadows hide this little inland beach, which has become a tourist attraction for people who have to see it to believe it. 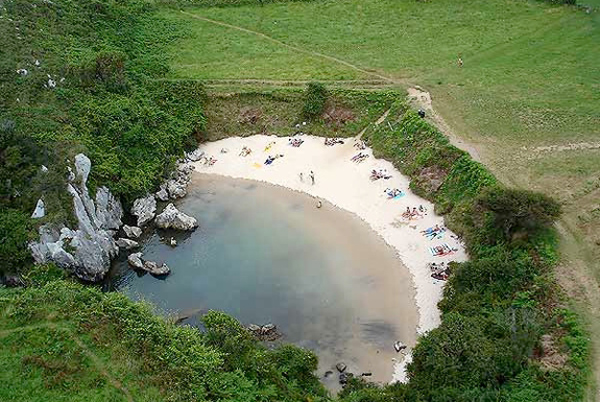 Chandipur Beach, Don’t bother looking for Chandipur Beach on the Bay of Bengal at low tide—you won’t find it. Twice a day, the water recedes up to three miles from the shore, leaving long tracts of sand where you can spot horseshoe crabs, seashells, and driftwood. If you hang around for a while, you can watch the sea slowly returning—a strange phenomenon to observe. 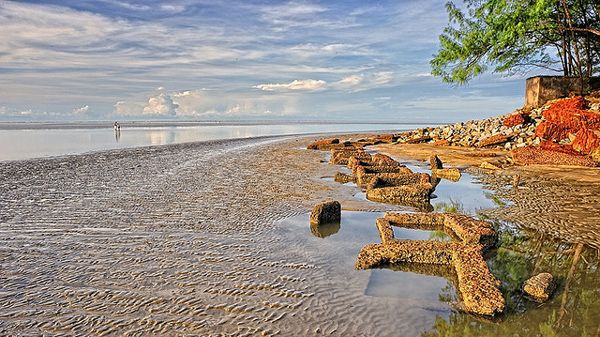 Where: Bay of Bengal, India

Hot Water Beach, If you ever wished you could soak in a hot tub right on the beach, Hot Water Beach on Coromandel Peninsula is the place for you. Naturally occurring hot springs bubble up under the sand between high and low tides. For a natural spa-like experience, people dig holes in the sand and lounge in the mineral waters, which reach 150 degrees. 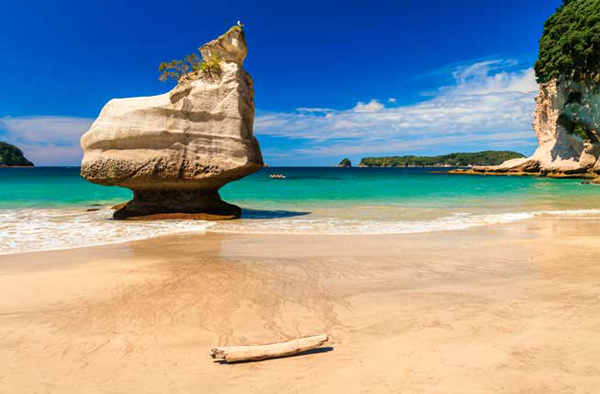 Glass Beach, Colorful sea glass covers the sand at Fort Bragg, glinting brightly in the sunlight. Glass Beach was once a dumping ground, but when that ended in the late 1960s, the sea beautified the area, smoothing the rough edges of broken glass and creating little treasures. You can’t swim here, and it’s illegal to take the glass, but the beach is still a nice stop along the Mendocino Coast. 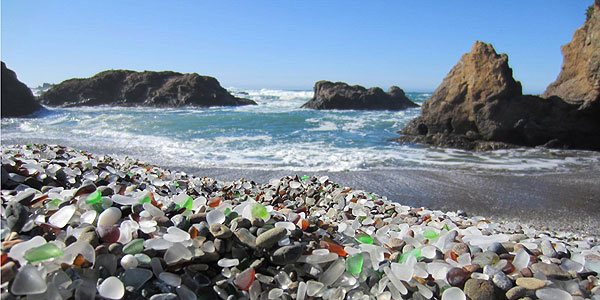 Jurassic Coast, Geologists and fossil hunters travel from far and wide looking for specimens on the Jurassic Coast of England. In addition to the coast’s rugged cliffs and coves, 185 million years of the earth’s development are on display here. Due to erosion, fossils are continuously being identified, and visitors can go on guided fossil walks. 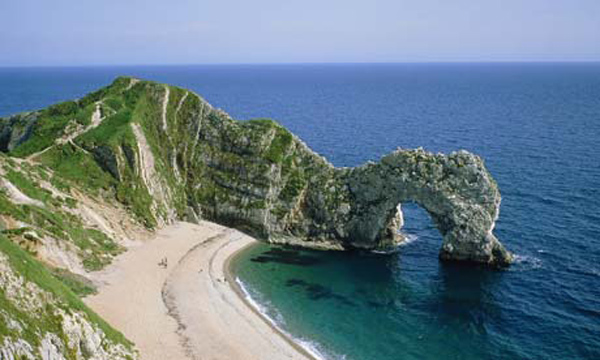 Where: Dorset and East Devon, England

Jokulsarlon, Jökulsárlón can only be described as otherworldly. At this glacial lagoon in southeast Iceland, icebergs float and drift toward the Atlantic. Skua, large predatory sea birds, have made Jökulsárlón their home and can be seen nesting on the black sand. This stunning place was the setting for scenes in the James Bond movies A View to Kill and Die Another Day, as well as Tomb Raider. Don’t expect to swim in the freezing waters; you can take a boat tour instead. 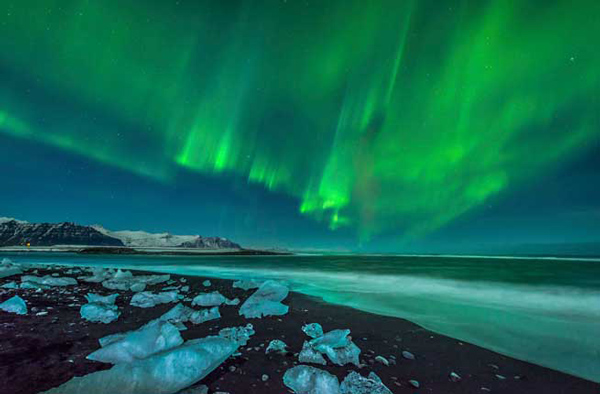 Thunder Cove, Prince Edward Island near Nova Scotia is full of picturesque beaches, meadows, and farm colonies. Fishermen haul in mussels, oysters, and lobsters from P. E. I.’s shores. What’s striking is about half of the beaches have red sand due to high iron oxide content. Thunder Cove is especially surreal and beautiful, with rust-colored sand and dunes. 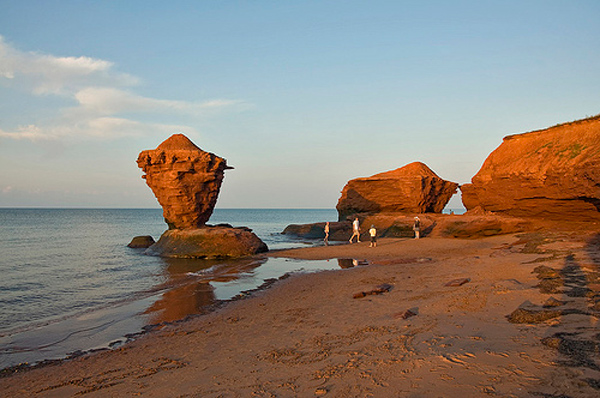 Pfeiffer Beach, Big Sur is known for its natural beauty, and Pfeiffer Beach is especially stunning. This hard-to-find beach features purple sand thanks to the manganese garnet found on cliffs by the ocean. The road leading to the beach is unmarked, so keep an eye out for it near Pfeiffer Big Sur State Park on Highway 1. 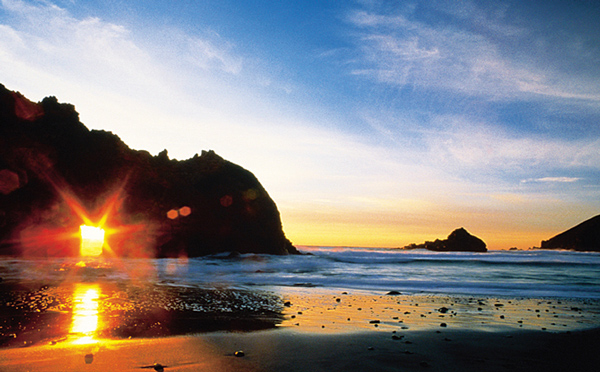 Hyams Beach, Of all the beautiful beaches on Australia’s coast, only Hyams Beach holds the Guinness Book of World Records title of the whitest sand. Crystal-clear water, forests, and wetlands only add to Jervis Bay’s appeal. Inhabited by Aboriginals for thousands of years, the area boasts important archeological sites, like rock art, stone artifacts, and axe grinding grooves. 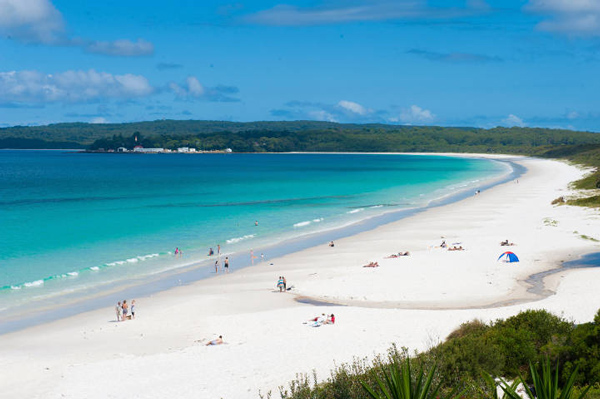 Boulders Beach, African penguins waddle along the coast on Boulders Beach, part of Table Mountain National Park. Watch them from the boardwalks (built specifically for penguin-viewing), but stay away from their breeding grounds, as their beaks are razor-sharp and they will bite. The reason for the beach’s name is the collection of giant granite boulders weathered down by thousands of years of erosion. All together, the inlets and shady coves provide a unique setting for a vacation. 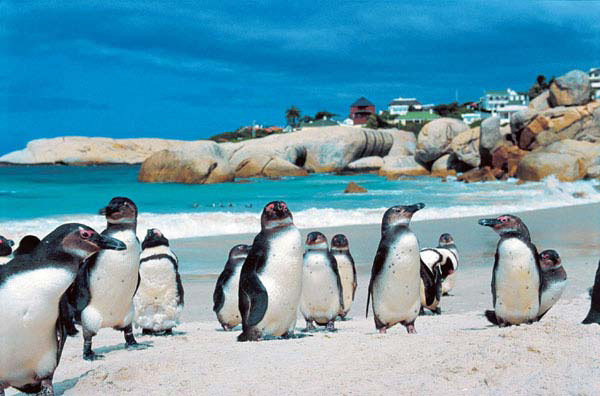