Top five National parks, National parks are great places to grab a holiday with an added adrenaline burst. The UK has just opened a new national park – the South Downs on the beautiful south coast of England. So, for anyone who fancies a bit of action in the wilderness, we have selected our top five national parks worldwide with plenty of action, exhilaration and good, old-fashioned oxygen. 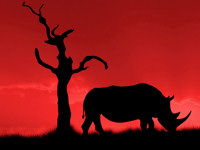 Possibly the biggest national park in the world – the Kruger is the size of Wales – this gigantic South African park offers real adventure in the raw. Stay inside the park in one of its own basic, but brilliantly located lodges to take advantage of the 24-hour experience, up close and personal with the wildlife. Nocturnal walks in the wilderness with a ranger will send chills up your spine, especially when you sight a hippo or come across a chameleon. Safari drives happen at sunset and sunrise. Watching the sun come up over a herd of elephants is an experience not to be missed. 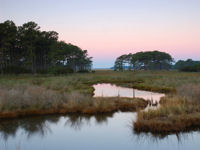 In a land stuffed with stunning and famous parks, Chincoteague is almost a secret, even to Americans. Sat out on a remote spit of land on the Virginia/Maryland border, Chincoteague has remote, sandy beaches, best reached by bicycle, and is teaming with bird life. Bike paths wind through impressive landscapes, before reaching the coast where you can sit on a mile-long sandy beach staring out at the Atlantic with only the birds for company. Our tip: get up early, pack a breakfast and head out to the beach for an early morning dip, but pack the insect repellent for later. 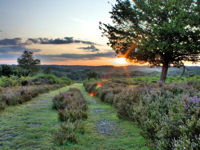 This ancient forest harks back to the time of William the Conqueror and was originally called nova foresta. Despite being an easy drive or train trip from Southampton, Bournemouth and London, visitors can get away from traffic easily by wandering down the meandering and well-marked trails across the heathland. New Forest ponies wander wild through the forest, and on the tree-lined walks you may also come across deer, bats and all six native British reptiles. Taking a picnic is advised as there are limited numbers of places to buy food on some of the more remote trails, although there are some excellent pubs. 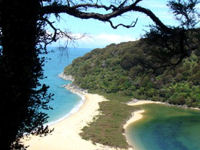 New Zealand’s smallest national park packs in lots of opportunities for action-packed adventure; from sea kayaking to guided walks. Its 23,000 hectares mean plenty of paths to tramp down, but pack in and pack out, bringing plenty of water and food. Pack good boots to make the most of the hiking trails. And if you want to try your hand at kayaking then cotton clothing is not recommended, but a sun hat and sunscreen definitely are. There are a couple of lodges available if you want to stay inside the park overnight, as well as two- or three-day guided treks. 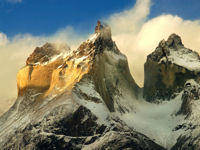 Put it on the list of 50 places you have to visit before you die. Torres Del Paine in Chile has lakes, rivers, waterfalls, glaciers, forests and incredible wildlife, as well as being listed by UNESCO as a biosphere reserve. Its craggy mountainous peaks gave rise to the name of Torres (towers). Fishing, hiking and, for those with an adrenaline rush in mind, white-water rafting add a touch of spice to any trip to Torres. Breathe in the atmosphere, and watch out for a sight of the soaring condors.