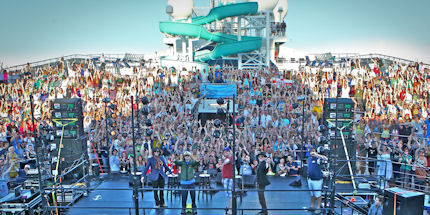 Weezer Cruise, A floating festival, essentially, Weezer Cruise takes its name from the American rock band headlining this five-day event. Support acts include Cat Power, Ash, Palma Violets and The Cribs, who will provide the soundtrack to this Caribbean cruise.

Departing from Florida next month, Weezer Cruise first set sail in 2012, a year in which the organisers of Coachella launched a competing vessel, the S.S. Coachella. Pulp and Hot Chip were amongst the headliners, but sluggish ticket sales have fuelled speculation that the S.S. Coachella will not be returning to service.

However, Weezer Cruise (www.theweezercruise.com) is most certainly on and there are still spaces aboard the 2,056 capacity vessel, which boasts a nightclub, comedy club and numerous bars. The boat will dock at two locations in the Bahamas, where a beach party and concert awaits. Hipsters ahoy. 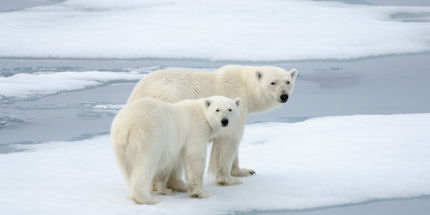 Coldwater cruising, Once reserved for polar explorers like Ernest Shackleton and Robert Falcon Scott, the Arctic and Antarctic are now more accessible to everyday travellers than ever before.

Indeed, coldwater cruises are one of the fastest growing cruise markets, as passengers go, quite literally, to the ends of the earth for new experiences. Quark Expeditions (www.quarkexpeditions.com) is one of the leaders in polar adventures and take passengers – young and old – into the most inhospitable parts of the world to explore the glacial scenery and marvel at the local wildlife.

Its Spitsbergen Explorer is touted as the “classic Arctic cruise” and gets up close and personal with whales, walruses and polar bears. The 11-day voyage also has options for kayaking and snowshoeing. 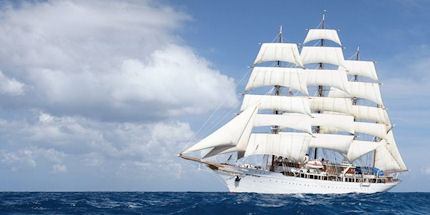 Vino voyage, Float back to the golden age of cruising with a wine-themed voyage aboard an elegant tall ship. Arblaster & Clarke (www.winetours.co.uk) is offering an eight-day trip around Italy, Greece and Croatia this August, which features vineyard tours, wine tasting and stops at smaller, uncrowded ports and harbours.

This itinerary is woven together by the Sea Cloud, a luxury yacht which looks magnificent with its wooden-panelled lounge, dazzling chandeliers and opulent cabins.

Every evening, passengers enjoy four-course, gourmet dinners paired with specially chosen vintages. And with just 50 guests on board, an exclusive atmosphere is guaranteed. 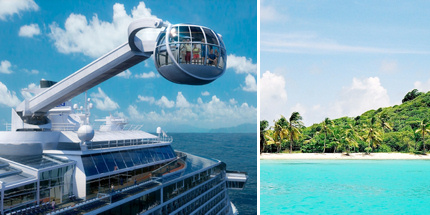 Caribbean classic, If you can’t bear to commit to just one Caribbean island, then grab a berth on Quantum of the Seas, the newest ship from Royal Caribbean (www.royalcaribbean.co.uk). With a capacity for 4,905 passengers, this is a juggernaut of a ship, but it certainly has the wow-factor, which comes in the from the North Star – a rotating glass pod which sends guests 100m (300ft) into the air and offers incredible views over the ocean.

Passengers can also experience a stomach-churning free fall in the sky-diving simulator, battle bad drivers on bumper cars and climb to dizzying heights on the ship’s climbing walls. If that doesn’t quell the lure of land, the 12-night Southern Caribbean itinerary – which departs from New Jersey and covers the Caribbean comprehensively – allows passengers to scramble around the forts of Puerto Rico one day and sip cocktails on St Maarten’s beaches the next. 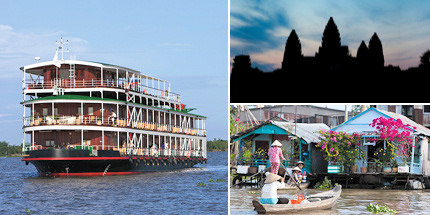 The city-hopper, Cruising doesn’t have to mean a three week epic voyage aboard a floating city. For a more intimate experience, try river cruising, where the ships are vastly smaller and allow passengers to call at a different city each day. Europe’s great rivers – the Danube and Rhine, amongst others – are classic choices, but river specialists Uniworld (www.uniworld.com) offer something a little different with their 14-day Timeless Wonders of Vietnam, Cambodia and the Mekong trip.

It starts with three days in Ho Chi Minh City, before cutting a stylish swathe down the Mekong, aboard the River Orchid – the maritime equivalent of a boutique hotel, with its French colonial styling and capacity for just 60 passengers.

The journey is peppered with excursions: guests can see floating markets at Chau Doc, go on sampan cruises, explore the fast-paced Cambodian capital Phnom Penh and remember Khmer Rouge atrocities at the Killing Fields, before heading up to Siem Reap to see the grand temples of Angkor Wat. 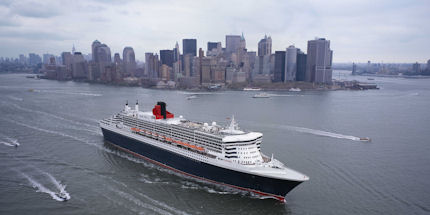 The once-in-a-lifetime, To celebrate the 175th anniversary of one of the world’s most prestigious shipping lines, Cunard (www.cunard.co.uk) will revive its historic transatlantic crossing next year with an eight-day sailing trip aboard the flagship Queen Mary 2.

Departing from Liverpool, the vessel will call at Halifax (Nova Scotia), Boston and New York, with a spectacular fireworks display planned in the Big Apple. Other anniversary events will be unveiled later this year.

The 10-year-old, QM2 is the world’s largest, longest, tallest, widest and most expensive ocean liner ever built. Capable of carrying more than 1,200 passengers, it features the world’s only planetarium at sea, a fine art gallery, lavish suites and staterooms, six restaurants and a lounge themed on an English country garden.