It’s well known that summer highs often exceed 100°F, but with low humidity and ever-present air-conditioning, you can stay comfortable as long as you limit your time outside to short intervals. Even in the hottest months (late June through September) you can bear the heat, provided you stay hydrated and don’t try to walk too far. And with more than 300 days of sunshine a year, the chances of a rain-out (or snow-out in winter) are slim.

On the other hand, nights can be chilly between late fall and early spring, so bring a sweater or windbreaker for your evening strolls beneath the neon-bathed skies. 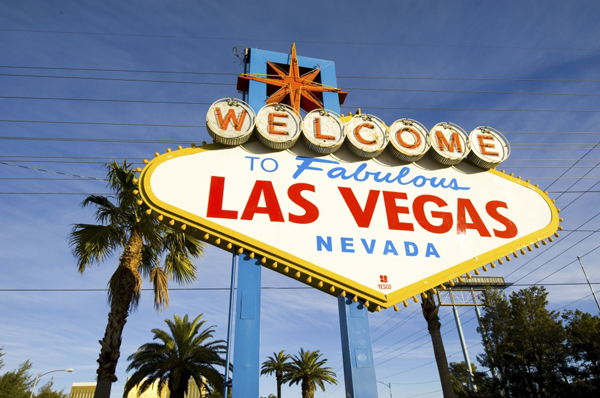 Reservations
As the Vegas dining landscape has become rife with showstopping, one-of-a-kind restaurants, reservations at dinner (and occasionally even at lunch) have become a necessity in many cases. Generally, if you have your heart set on dinner at any of the celeb-helmed joints at the bigger Strip casinos, you should book several days, or even a couple of weeks, ahead. On weekends and during other busy times, even at restaurants where reservations aren’t absolutely essential, it’s still prudent to phone ahead for a table.

What to Wear
Although virtually no Vegas restaurants (with the exception of Joël Robuchon at the Mansion inside MGM Grand) require formal attire, men will likely feel a bit out of place at some of the top eateries on the Strip if not wearing a jacket—at the very least, avoid jeans in these spots. Dressing according to the mood of the restaurant (smart, stylish threads at the better ones) will generally help you out in terms of how you’re treated and where you’re seated. Casual attire is the norm at lunch, at less fancy venues, and virtually anywhere off the Strip or outside upmarket resorts.

Hours
The majority of the top restaurants on the Strip are dinner only, although there are plenty of exceptions to this rule. Unless otherwise noted, the restaurants are open daily for lunch and dinner. Hours vary greatly from place to place, with 5 to 10 pm typical for dinner hours, but many of the more nightlife-driven venues serve until after midnight or even around the clock. Las Vegas is definitely a city where it’s best to phone ahead and confirm hours.

Tipping and Taxes
In most restaurants, tip the waiter 16%–20%. (To figure the amount quickly, just double the tax noted on the check and add a bit more.) Bills for parties of eight or more sometimes include the tip already. Tip at least $1 per drink at the bar.

Children
Although it’s unusual to see children in the dining rooms of Las Vegas’s most elite restaurants, dining with youngsters doesn’t have to mean culinary exile.

Prices
Las Vegas’s status as a bargain-food town has evaporated steadily, even rapidly, as the restaurant scene has evolved and the city has been thrust into the gastronomic spotlight. Now at top restaurants in town it’s unusual to experience a three-course meal (including a bottle of wine, tips, and tax) for less than $100 per person, and prices can be two to three times that at many establishments. You can save money by trying lunch at some of the top eateries, and by checking out the increasingly noteworthy crop of restaurants that have developed off the Strip. Credit cards are widely accepted, but some restaurants (particularly smaller ones off the Strip) accept only cash. If you plan to use a credit card, it’s a good idea to double-check its acceptability when making reservations or before sitting down to eat. 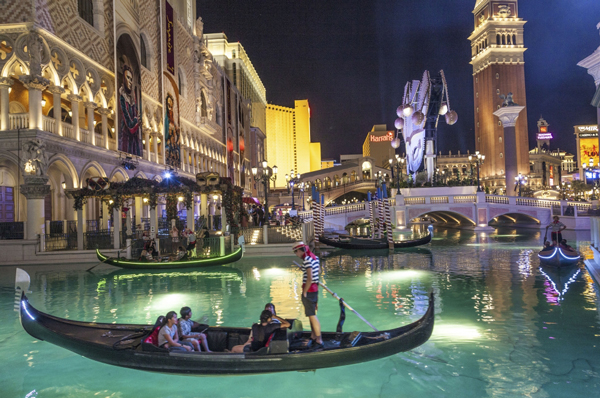 Las Vegas Hotels
The world of Vegas-area casino hotels changes constantly. In the early 2000s just about every resort was investing heavily in family-friendly accommodations and activities. Today, however, most places have refocused squarely on decadence and indulgence. Just about every property now has a special pool for topless (they call it “European-style”) sunbathing. Many resorts also have expanded their cocktail programs (the fancy word for this is now “mixology”).

Some of these efforts have been more successful than others. The posh Encore Beach Club, at Encore, exemplifies the new notion of a “dayclub” in that it creates a nightclub vibe during the day. Developments at the Cosmopolitan Las Vegas have had a similar impact; the property has three on-staff mixology gurus and a special kitchen where these cocktail whizzes whip up recipes all day long.

Other properties have established new benchmarks in amenities. When CityCenter opened in 2010, the $8.5-billion complex included Crystals, a new-era shopping mall with flagship stores of Prada, Tiffany & Co, and some of the spendiest boutiques in America. Also in 2010, the Palazzo launched “Prestige Suites,” an optional $100 reservation upgrade that grants guests access to a concierge level including daily snack service, drink service, and a business center.

Despite competition from these up-and-comers, the established properties still pack ʼem in. Bellagio’s rooms still carry cachet, and the Mirage—the hotel that started the megaresort trend more than 20 years ago—continues to sell out. At Wynn Las Vegas and the Venetian, guests rave about everything from comfy beds to exquisite restaurants and great shopping. At Caesars Palace the constantly evolving Qua Baths & Spa might be one of the top spas in town. And for overall experience, the Four Seasons Las Vegas, which occupies top floors of the tower at Mandalay Bay Resort & Casino, is still one of the best. 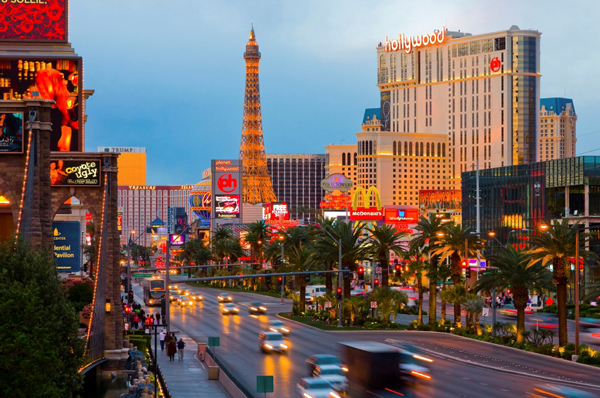