Cuba, For more than half a century Cuba’s relationship with the US has been colder than a polar bear’s testicles, but with Barack Obama softening policy towards the Castro regime – and vice versa – this Caribbean island is poised for a tourism revolution.

When the travel ban and trade embargo are properly lifted, an influx of American tourists and imported goods will surely follow. The Cuba as we know it will be resigned to the history books. See it now before it’s gone forever. 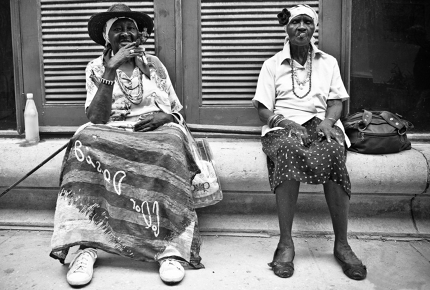 Namibia, From the Dali-esque landscapes of the Namib Desert to the shimmering salt plains of Etosha National Park, Namibia is a land of unfathomable beauty. A visit in 2015 will have added poignancy – it’s 25 years since the nation gained independence from neighbouring South Africa – although, truth be told, there’s never a bad time to go.

Home to the big five (lion, elephant, buffalo, leopard and rhino), Namibia’s German colonial history is evident in the capital, Windhoek, where Bavarian beer halls are an apt place to toast independence. 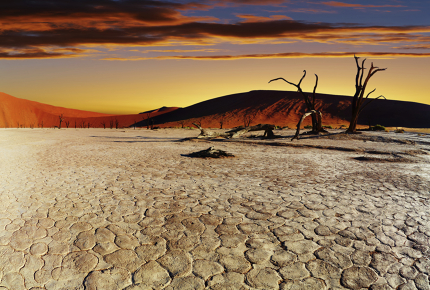 Svalbard, Norway, There’s a total solar eclipse happening on 20 March 2015 and there are only two places on Earth where you can see it: the Faroe Islands and Svalbard. Every man and his dog seems to be heading to the Faroes, so we recommend viewing the spectacle from the frozen Norwegian archipelago of Svalbard.

It’s a long way to go for something that lasts less than eight minutes and doesn’t involve getting naked, but when you’re done with the solar display there are whales, polar bears and glaciers to see. 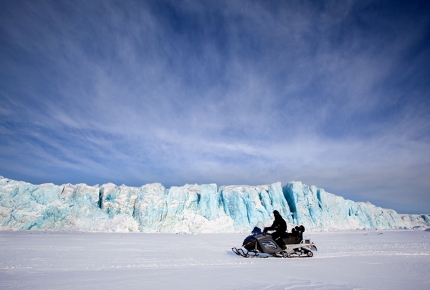 Ometepe, Nicaragua, While history buffs have been pottering around the colonial cities of Granada and Leon for years, it’s the country’s newest tourism hub that captures the eye for 2015: the hourglass-shaped island of Ometepe, with its twin volcanic peaks rising from Lake Nicaragua. The little-known island welcomed its first airport in 2014, granting easy access from the mainland.

Once a rest stop for pirates who pillaged on the lake, today intrepid travellers can circle the island on moped, stopping at the tiny shoreline communities that have flourished in the shadow of the active volcanoes. 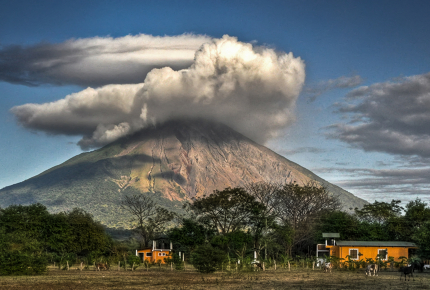 Azerbaijan, The spotlight will be on Azerbaijan next summer as it hosts the inaugural 2015 European Games (12-28 June). Most of the action will take place in downtown Baku, the oil-rich capital modelled on Dubai.

But don’t let that put you off. The original ‘East-meets-West’ destination, Azerbaijan is a country that sashays between space-age cityscapes and Arabian Nights exotica, taking in some of the most extraordinary landscapes in Caucasia en route – and all in an area about the size of Ireland. 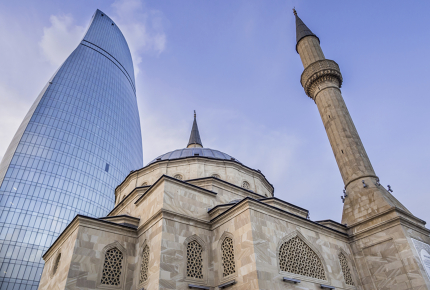 El Caminito del Rey, Spain, While the white sandy stretches of Southern Spain are far from undiscovered, it’s one small pathway that makes this region a must visit for 2015. Jutting out just 1m (3.3ft) from the steep walls of the Gaitanes Gorge, near the town of Álora, El Caminito del Rey (The King’s Little Pathway), is perhaps the most scenic – and hair-raising – trek in the world.

The walkway, initially built to provide construction workers access to the nearby hydroelectric power plant, was closed in 2000 due to authorities deeming it unsafe. However, it’s set to reopen in early 2015 after a €9 million restoration project. Safety features – including handrails – have been added, but the adrenaline-inducing views remain. 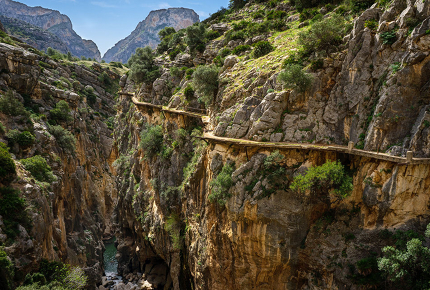 Iran, With diplomatic relations between Iran and the West slowly improving, there has been renewed interest in the Islamic republic as a holiday destination – operators saw a surge in bookings this year and expect this to continue in 2015. Our advice? Visit while it’s still relatively quiet.

You won’t be disappointed. Home to hospitable inhabitants, epic landscapes and some of the most exquisite architecture in the region, Iran’s beauty belies the austere headlines and challenges any preconceptions you might have packed with you. A wild frontier it may be, but not for long. 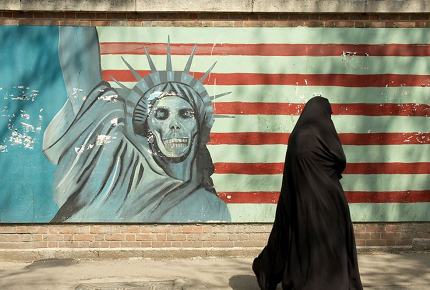 Helsinki, Finland, One for the aesthetes, the Finnish capital was awarded UNESCO City of Design status earlier this month, signalling Helsinki’s intentions to compete with its stylish Scandinavian rivals in Stockholm and Copenhagen.

Away from avant-garde architecture (a Guggenheim museum is on the cards), the city has established itself as one of Europe’s most innovative culinary destinations and is offering visitors a taste of the future when it comes to city travel. We recommend timing your visit to coincide with Restaurant Day, a worldwide food carnival that began in Helsinki. 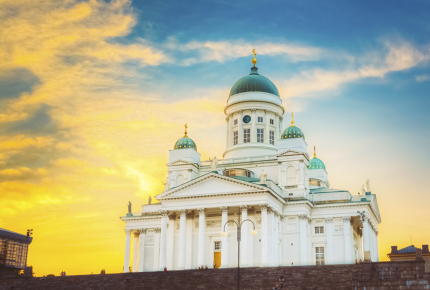 The Philippines, It’s just over a year since Typhoon Haiyan whipped through the idyllic islands of The Philippines, but the country is bouncing back with a government-led campaign to get tourists back to the country. A whole host of events will be taking place throughout the country, including January’s Sinulog, a nine-day street festival in Cebu, and the fiercely competitive Boracay International Dragon Boat Festival in April.

Arguably these events will act as a sideshow to The Philippines’ natural splendour, with some of Southeast Asia’s most pristine – and less frequented – sands, and the wondrous Chocolate Hills landform, recently proposed for UNESCO World Heritage status. 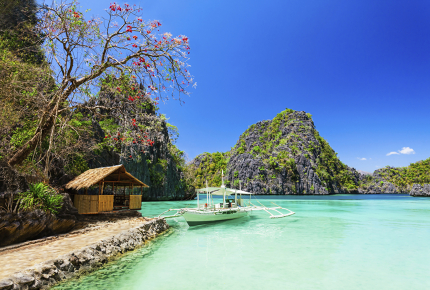 Svaneti, Georgia, Svaneti’s absence from the pages of most guidebooks comes as no surprise considering its location high up in the Caucasus mountain range. Yet the region’s obscurity has helped it flourish. Overlooked by invading Arabs and marauding Moguls, Svaneti’s confinement helped the province preserve its ancient traditions, and consequently is now one of the last places on Earth that retains a medieval culture.

Local transport remains predominantly via horse, and old rituals, unchanged for thousands of years, are still the norm. With authorities growing eager to flaunt Svaneti’s idyllic surroundings, now is the time to lose yourself in this slice of archaic splendour, before the Svan culture tackles its biggest threat to date: mass tourism. 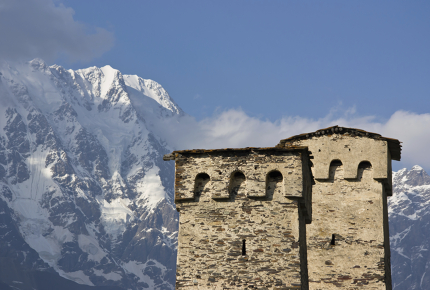 Sri Lanka, A victim of Sri Lanka’s ruinous civil war, the Queen of Jaffna made a poignant return to service in October, helping reconnect the once off-limits north with the rest of the country.

As well as unifying the island, the iconic train further opens up Sri Lanka to tourists, who have made an enthusiastic return since fighting ceased in 2009. A journey aboard the train carries added significance next year, which marks 25 years since the railway was destroyed. 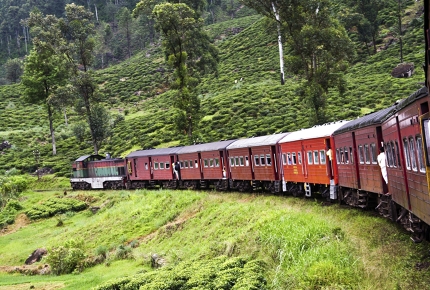 Cabo Polonio, Uruguay, 2015 may well be the year of the digital detox, with retreats springing up that offer no Wi-Fi or mobile phone reception. If an exodus from the modern world appeals, then a visit to the small shanty town of Cabo Polonio on Uruguay’s east coast could be for you.

Despite a lack of running water, electricity and roads (the only access to the village is via modified 4×4 taxi) the area has become a surprising tourist draw. Travellers make the six-hour pilgrimage from Uruguay’s sleepy capital, Montevideo, to laze in hammocks, eat communal meals by candlelight and smoke cannabis, which is now legal in Uruguay. Paradise has been found. 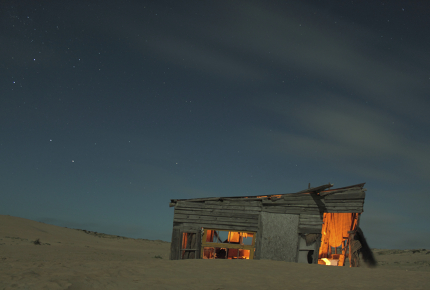