Top five summer festivals, With the imminent arrival of the summer solstice in the northern hemisphere, midsummer is a great time of year to indulge your wild side, even if it doesn’t mean staying out all night. Take full advantage of the season at any of our top five mad-as-a-hatter summer festivals. 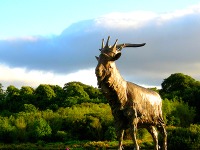 One of Ireland’s oldest and longest celebrated street festivals involves everything from goats to circuses. Every year in early August, the townspeople of Killorglin trek to the MacGillycuddy’s Reeks to capture a wild goat to crown “King Puck”. Once the goat is crowned, the festivities begin and continue for three days straight. Around 100,000 visitors flock to this small town in County Kerry for endless hours of parades, puppet shows and night concerts. Festival-goers can revel in the entertainment then relax at a pub until the wee hours of the night before the entire festival culminates with a magnificent firework display. 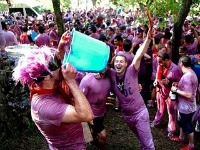 The most famous summer festival in Spain may be the Tomato Fight in Valencia, but the Spanish Wine Battle makes its own splash in La Rioja. Dressed entirely in white except for the red bandanas around their necks, crowds horde the village of Haro in late June and splash wine from morning to noon until everyone is a beautiful shade of purple. Thousands of locals and visitors arm themselves with plastic bottles cups and even full bottles of wine to wreak havoc in the city. After several hours of sticky celebration, everyone heads to the town centre to indulge in huge feasts and more wine – this time, of course, to drink. 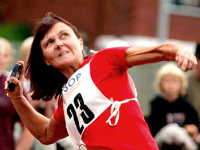 If you have ever had the inclination to toss away your phone, this is the event for you. Mobile-throwing contests are held mid-August all across the world and culminate into a championships event on the 22nd in the beautiful medieval city of Savonlinna, Finland. Contestants vie for a brand-new mobile while being judged on technique, originality, and distance in the execution of their mobile phone toss. The event is supported by mobile phone recycling organisations, and coincidentally, Finland is also home of the popular mobile phone manufacturer Nokia. 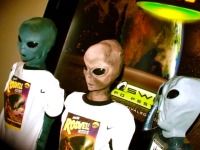 For a taste of something out of this world, mark your calendars for this extraterrestrial extravaganza in Roswell, New Mexico. Each summer this week-long UFO festival kicks off with an E.T.-themed party and is followed by laser shows, alien costume competitions and an enormous UFO Festival Parade. The popularity of the event stems from the Roswell UFO pop culture phenomenon which draws thousands of curious visitors each year. Sign up for the Alien Chase, follow it up with the Alien BBQ & Brew competition, and vote for your favourite tasty brisket and chicken concoctions. 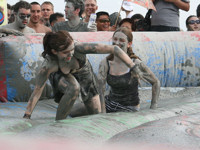 Not afraid to get a little dirty? Then the Boryeong Mud Festival in South Korea is an experience not to be missed. Daecheon Beach, the location of the nine-day festival, houses mudflats with high mineral concentrations making the event’s mud slides, soothing massages and boisterous wrestling challenges good for the skin and mood. Visitors looking for a challenge can ski down tidal flats or crawl through muddy obstacles courses while others can commemorate their time at the festival with a ceramic souvenir. Be sure to dive into the fun as soon as you reach the festival grounds or risk getting locked up in a “mud prison”.