Top Five Running tours, You’ve probably heard of walking tours, driving tours, or even cycling tours; so get set for the next big sightseeing trend – running tours. If you’re looking for a way to see a city which combines taking in the sights with getting fit, then running tours might be just what you’ve been waiting for. Get your pulse racing with our top five selection. 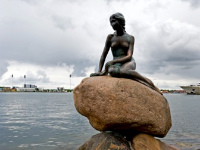 Denmark’s capital is an eclectic mixture of contemporary architecture, cosy cafés and historic canals. The friendly vibe and accessibility of top sights makes Copenhagen the perfect choice for a running tour. City tours – available in both long and short distances – include glimpses of the Amalienborg Palace, the Little Mermaid and Nyboder with its yellow, 17th-century naval barracks. Alternatively, check out the city’s street art and graffiti on a night tour. After the run, refuel with Danish delicacies such as æbleskivers (pancakes) and traditional smørrebrød (open-faced sandwiches). 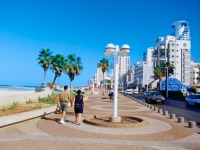 Visitors descend on beach-clad Tel Aviv for its stunning Mediterranean location, but before heading for the sun lounger, why not check out the city’s major sights on a running tour? Run the City’s routes include a traditional tour which takes in historical areas such as the Old City of Jaffa and the Trumpeldor cemetery, while those curious about Israel’s elite can weave past extravagant residences and jog through the Diamond District on the luxury tour. After the run, cool down at the beach before enjoying the city’s thriving nightlife scene. 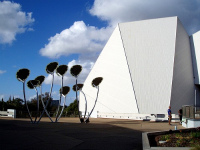 Adelaide, with its wide-sweeping tree-lined avenues and pretty squares, is bound to enchant even the most seasoned explorer. Adelaide Urban Running Tours start at Chinatown’s iconic red archway, where Central Market offers some great street-side bargains. From there, guides lead runners through the majestic buildings and monuments of North Terrace, along the river Torrens, and past Adelaide Zoo. Participants can also embark on customised tours, with choices ranging from the vibrant, gastronomic heart of the East End to the artsy, entertainment-filled West End. 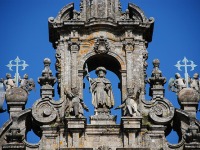 Chile’s capital, Santiago, is framed by snow-capped Andean peaks to its east and the Pacific Ocean to its west, creating a unique backdrop for this animated city. Group running tours with Chile Running Tours are small – four people or less – and make for an intimate experience as the guide leads runners through both iconic and lesser-known Santiago sights. Tours take in the quirky Barrio Lastarria area, a maze of winding streets brimming with historic buildings; residential neighbourhoods diverse in architecture; and suburban park installations that hint at Chile’s up-and-coming art scene. 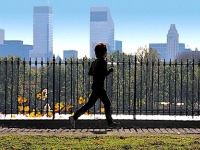 You may think you know everything about New York City’s attractions, but City Running Tours offer an up close and personal view of the pulsating street life that makes the Big Apple so exciting. Choices range from exploring the distinct villages of Manhattan to discovering new routes through Central Park. More adventurous runners can trek to the lesser-travelled (but equally rewarding) areas such as Brooklyn, for the sweeping panoramas of the city skyline. Never scripted, each tour can be tailored to individuals’ needs, making it the perfect way to learn new things about this sleepless city.